Charlize Theron has spent her career ping-ponging back and forth between glossy prestige dramas and action-filled, CGI-heavy science fiction films. Sometimes that means she will be in highly-respected character pieces like the Jason Reitman-Diablo Cody film Young Adult (in which she played a misanthropic ghostwriter haunted by the past) and sometimes it means she will star as the ass-kicking, latex-clad Æon Flux in the movie Æon Flux. However, her upcoming movie may split the difference between the two, as she will play Jane Dick, the twin sister of legendary science fiction writer Philip K. Dick.

Per The Hollywood Reporter, Charlize Theron is partnering with fellow Academy Award-winner Alfonso Cuarón for Jane, a movie based on the life of Philip K. Dick. The movie is being made in collaboration with Isa Hackett, daughter of Philip K. Dick and a frequent producer of works based on his writings, and is being developed by Amazon Prime Video. The most interesting aspect of Jane is that the titular character died six weeks after birth, which haunted Dick for the rest of his life and became a recurring theme in his stories. According to Hackett, Jane is something of an anti-biopic, in which Charlize Theron plays a version of Jane who lived into adulthood and seeks to protect her brother from real and imagined dangers. It is a fascinating concept, particularly fitting the work of Philip K. Dick more than any other science fiction writer.

While many of Charlize Theron’s forays into science fiction tend more towards action and space exploration (like the controversial 2012 Ridley Scott film Prometheus), Philip K. Dick’s works tended to be more cerebral. Much of his work is concerned with the nature of reality itself and the inability of the human mind to differentiate between the real and artificial, which makes the Charlize Theron-led Jane film a perfect fit. His most famous adapted work is undoubtedly the 1982 film Blade Runner (also by Ridley Scott), based on his novel Do Androids Dream of Electric Sheep? The film differs from the original book in many respects, but both deal with the struggle to understand the difference between the “real” (in this case, human beings) and the “fake” (artificial, yet nearly indistinguishable Replicants). Reportedly Philip K. Dick was initially not enthusiastic about the adaptation, but wholly supportive of its depiction of a future world after being shown early sequences of the film. Sadly, Dick died of a stroke only a few months before the premiere of the film.

Jane is still in development with Charlize Theron and Alfonso Cuarón and does not yet have a release date. While Blade Runner and other movies like Minority Report and Total Recall have been praised for their adaptations of Philip K. Dick’s work (Paycheck and The Adjustment Bureau, not so much), there has not yet been a definitive film based on the life of the author himself. Hopefully, Jane will be a movie that honors Jane Dick and Philip K. Dick as people, as well as the themes and ideas that filled their shared lives. 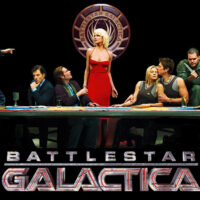 Watch Battlestar Galactica Free: Where Is It Available To Stream Online? 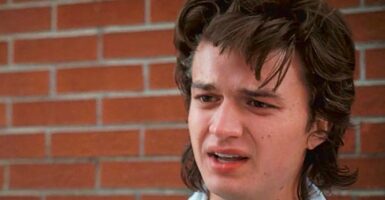