Charlize Theron has more than proven she is one of the best action heroines working in Hollywood today. Her numerous achievements in the genre have made her a desirable lead for future action-filled projects. Even fans are getting in on the fun by imagining movie scenarios for the actress to be a part of. And it just so happens that one of those ideas caught the Oscar-winner’s attention.

Twitter user Francis O pitched an idea for a new Die Hard film that would star Charlize Theron as the hero. In this posited new take on the action franchise, Francis O said that they would love to see a movie where Theron “goes on a rampage to save her wife.” It sounds like a decent enough way to reboot the Die Hard franchise, and it looks like Furiosa herself agrees.

Check out Charlize Theron outright endorsing the idea that she should be the lead in a lesbian reboot of Die Hard:

Now, we do have to state that this is obviously just Charlize Theron having a bit of fun with a social media post. There is nothing else beyond that as far as actually seeing such a project manifest. However, it is always pretty wild and cool to see celebrities acknowledge a fan’s ideas as good. And frankly, the Die Hard franchise could probably use a radical new approach after the abysmal last entry.

Charlize Theron has plenty of action franchises under her belt at this point. She is already lined up for a sequel to Netflix’s The Old Guard, and she could eventually head back to the world of Atomic Blonde. Though, it is worth noting that a franchise like Die Hard carries a lot more pop culture weight than those properties. It would also mean a sizable paycheck for the actress. That might be another reason she would be so open to this proposed reboot idea.

But, Charlize Theron seems more than content with her current slate of projects. Plus, she is one of the most versatile actresses working in Hollywood today. Yes, she excels in action roles but she is just as commanding a presence in dramas like Bombshell or comedies like Long Shot. She also recently provided her vocal skills to Morticia Addams in the recent animated feature The Addams Family. The point is that you cannot pigeonhole an actress of her caliber. So while she is a deserved action icon at this point, she is much more than just that.

Could this Die Hard reboot or even this particular premise end up getting made into a Charlize Theron movie? Hollywood is a crazy town and anything is possible. But, even if nothing substantive comes out of this little bit of social media fun, it is still a great reason to remind everyone how awesome Charlize Theron is. And if they actually did decide to reboot Die Hard with her as the lead character? You can bet that we would be seeing that movie on opening day. 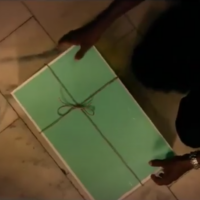 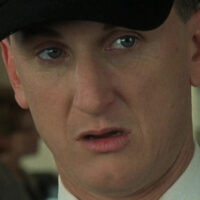