Charlize Theron might not be the first actress you think of when the words “action star” come up, but that’s exactly what she is. Theron has been part of some major action films in the past, some she’s totally carried from start to finish. So why not put her in a reboot of one of the most iconic action movies of all-time? That’s what the actress is shooting for, so to speak, these days with some hints that she’d like to role with an all-female version of Die Hard. Yippee Ki Yay Ladies!!!

This news of Charlize Theron wanting to maybe get into the Bruce Willis role in a Die Hard reboot started innocently enough on Twitter. User @f_osis suggested a version of the movie in which Charlize Theron goes on a Christmas “rampage” to save her wife from terrorists. It’s an innocent enough tweet and kind of fun idea, until this happens:

Well, that kind of response is really where the creative action juices start flowing. Because it’s pretty clear that Charlize Theron was into the idea and, though maybe it’s a bit tongue-in-cheek, the plotline plays. Then, recently she did an interview with Vanity Fair which dealt with a wide range of topics around her career, humanitarian projects, and future film ideas. But at the end, she was asked specifically about the Die Hard idea from Twitter. Theron had this to say:

Well, okay then. Charlize Theron seemed to double down on the idea and it’s clear she’d be up for the role if it came around. Who could blame her? There’s a reason the original Die Hard plays so well even after all these years. It’s a simple story at its heart with an “everyman” accomplishing crazy things to overcome a group of terrorists. Bruce Willis’s John McClane only had a moderate set of skills, using more just blunt force, ingenuity, and some cool one-liners to take down the bad guys. Who wouldn’t want to reprise that kind of role?

And Charlize Theron has plenty of action chops. She just starred in one of Netflix’s biggest movies of the year in last summer’s Old Guard. In it, she leads a group of relative immortals as they fight for justice over many millennia. It’s getting a sequel thanks in large part to Theron’s star turn as Andy/ Andromache of Scythia.

But that movie wasn’t her first trip around the action block. Far from it. She’s been in a ton of high-octane films in recent years. There’s her Cipher role in the Fast & Furious franchise. She picked up the role in Fate of the Furious and will reprise it in the upcoming F9. She also kicked ass in Atomic Blonde and was a key cog as Furiosa in Mad Max: Fury Road. And it even goes back further to Hancock and Aeon Flux. Theron has been in the action game for quite some time.

Will she ever get to roll through a group of terrorists on Christmas Eve in a Die Hard reboot? Probably not. But we, and Charlize Theron, can both dream on it. 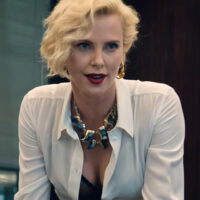 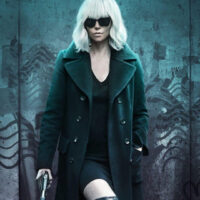 Atomic Blonde 2: All We Know About The Charlize Theron Sequel 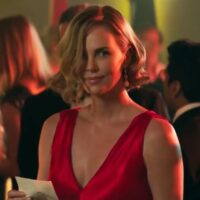