Fans of Netflix’s Daredevil have long been speculating about and anticipating the return of Charlie Cox as Matt Murdock. In fact, it has been heavily rumored that Charlie Cox is connected to multiple Phase Four Marvel projects. However, now it looks like dedicated fans patiently waiting for the actor to reprise his role have something concrete to look forward to. Movieweb announced that it could be very possible that Charlie Cox’s Daredevil made a cameo appearance in the recently released Spider-Man: No Way Home trailer.

Ever since the tailer dropped fans have been painstakingly combing through each and every frame of footage to try and pick out any plausible easter eggs they could find. According to Newsweek, the fan-derived theory stems from the beginning portion of the new trailer. The scene in question shows Peter Parker being interrogated on charges that he killed Mysterio in Spider-Man: Far From Home and for a brief moment the mid-section of a man, possibly a lawyer, with a white dress shirt and a black tie can be seen slamming his hands down on the desk in front of Parker. Fans immediately noticed that the costume is virtually identical to what Charlie Cox frequently wore on Netflix’s Daredevil. However, there is still no way to tell if the headless character is Charlie Cox or not, but even though nothing has been officially confirmed it has. Not stopped fans from flocking to Twitter to express their hopefulness that the mystery man is indeed Matt Murdock.

Spider-Man: No Way Home is expected to hit theaters later this year on December 17, 2021. It is likely fans will have to wait at least until then to see if their theory regarding Charlie Cox’s Daredevil is correct or not. And while it still remains to be seen if Charlie Cox will have a role in the highly-anticipated upcoming film, they can look forward to seeing other fan-favorite Marvel characters. According to IMDb Alfred Molina and William Defoe returned as Otto Octavius (Doctor Octopus) and Norman Osborn (Green Goblin), respectively. Jon Favreau (Happy Hogan), Benedict Cumberbatch ( Doctor Strange), and Benedict Wong (Wong) have also reprised their roles, amongst a slew of others.

Even though the question still remains as to if or when Charlie Cox will return to the Marvel Cinematic Universe, fans can, however, look forward to seeing him in the upcoming crime drama entitled, Kin. It is set to premiere on the streaming platform AMC+ on September 9. As the name would suggest, Kin is about the kinship bonds between family and highlights just how far family will go to protect their own kindred. It highlights the story of the Kinsella crime family from Dublin, Ireland enriched in a territory battle between rival gangs. Charlie Cox portrays the character of Micheal Kinsella, the eldest son of the family’s crime boss. Charlie Cox might have temporarily swapped out his red vigilante armor for life as a gang member in a crime family, but it is clear that the actor has clearly carved out a healthy fan-following for his version of Daredevil. 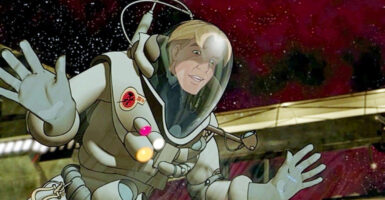 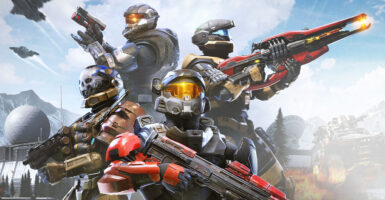