By Chad Langen | Published 5 days ago

Next year, Channing Tatum will make what is purported to be his final appearance as the titular character in Magic Mike’s Last Dance. Although plot details for the film are being kept under wraps, Empire Online recently sat down with director Steven Soderbergh, who revealed that he didn’t pull any punches when it came to the dancing in the forthcoming sequel. While discussing some of the challenges he faced during filming, Soderbergh stated that the last act features a massive dance sequence that lasts for over 30 minutes.

“We wanted to blow the dancing up in a big way,” said Soderbergh. “We have this dance number with Channing Tatum and Salma [Hayek] right up front. And then the last 30-plus minutes of the movie are just this giant dance sequence.”

Although seeing Channing Tatum strip was enough to reel in some viewers, Soderbergh believes the well-choreographed dance routines have been one of the franchise’s biggest draws, and he explained how important it was to make each of the sequences unique. “My job is, how do I make each one of these distinct? I can’t shoot them all the same way, I have to come up with a different approach for each dance. And that was really the challenge.”

Dancing aside, Soderbergh revealed that Mike will be in a committed partnership for the first time in the new movie with Salma Hayek’s Maxx. Fans have speculated that the two characters would be romantically involved for quite some time. And an official image shared on social media last month showing Hayek caressing Channing Tatum only added fuel to the fire. Even after seeing the trailer, which dropped last week, story details for the upcoming feature remain scarce.

In the first movie, Mike (Channing Tatum) works as a roofer by day, but at night he is the star attraction of Kings of Tampa, a group of male strippers. He desperately wants out to further a projected furniture-making business, but his credit rating precludes a bank loan for this despite his considerable savings. One night, a teen-aged work-mate follows Mike to the club, and he teaches the young performer how to party, pick up women, and make easy money.

Channing Tatum returned for the 2015 sequel Magic Mike XXL, which picks up three years after the titular character bowed out of the stripper life at the top of his game. He and the remaining Kings of Tampa hit the road to Myrtle Beach to put on one last blow-out performance. Along the way, they brighten the lives of several women, including an aspiring photographer and a diva from Mike’s past.

The Magic Mike series is loosely based on the life of Channing Tatum when he was a stripper himself. The first two films were huge hits for Warner Bros., and considering Magic Mike’s Last Dance will serve as the conclusion to the franchise, it’s expected to be another financial success for the studio. With the movie arriving right around next Valentine’s Day, the studio is looking to capitalize on the romantic holiday.

Magic Mike’s Last Dance will hit theaters February 10th, 2023, and in addition to Channing Tatum and Salma Hayek, the sequel stars Gavin Spokes, Caitlin Gerard, Christopher Bencomo, Ayub Khan-Din, and Juliette Motamed. The screenplay was written by Reid Carolin, who also penned the scripts for Magic Mike and Magic Mike XXL. Steven Soderbergh returns to direct after sitting out the second film in the series. 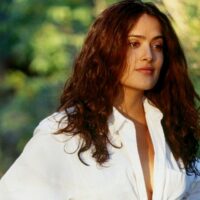 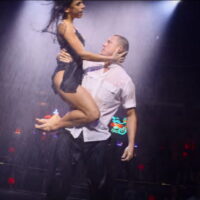 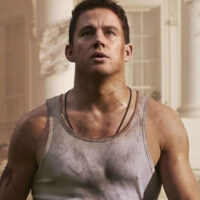