Actor Channing Tatum is set to star in a remake of the acclaimed German film System Crasher. The original film was written and directed by Nora Fingscheidt, and released in 2019. It won eight German Film Awards, and was selected to compete in the International film category at the Academy Awards, and won the Alfred Bauer Prize at the 69th Berlin International Film Festival. But more importantly as we judge these things, it currently holds a 95% on Rotten Tomatoes, which is a pretty big feather in its cap. Fingscheidt will executive produce Tatum’s remake, though there is no announced director as of yet. While the Magic Mike star is currently only announced to star, he did just recently make his directorial debut with Dog (which co-starred a dog), and it is not beyond speculation that he might make this his next work.

System Crasher’s plot centers on a German nine-year-old named Benni (Helena Zengel), who has experienced extreme trauma and reacts violently to the world around her. Separated from her mother and siblings and unable to find a foster family that can cope with her violent aggression, she is what is known as a titular “system crasher,” ie, an individual who is at high risk for slipping through the cracks of the social system. It is not yet known who will be cast in Channing Tatum’s American version of the film to play Benni, but it feels likely that Tatum himself will play the role of an anger management trainer and boxing enthusiast originally played by Albrecht Schuch.

While Channing Tatum is more known for his comedic and action films (as well as his extensive experience in naked dancing), this would not be his first venture into drama. In 2014, he starred as real life Olympic wrestler​​ Mark Schultz in Foxcatcher, which dramatized the murder of Schultz’s brother David by their employer, chemical heir John du Pont. The film received a number of Academy Award nominations, though Tatum was not among them.

Channing Tatum is currently re-emerging from a four-year break from on-screen acting roles. After the failure to launch of his long-gestating comic book movie based on Marvel Comics’ Gambit, he apparently took some time off to deal with the loss of a lifelong dream project. His next upcoming project is the action-adventure comedy The Lost City with Sandra Bullock, who also has a connection to System Crasher.

Sandra Bullock worked with Nora Fingscheidt on last year’s Netflix film The Unforgivable. While the film did not receive great praise, it was the second massively watched film for Bullock and Netflix after 2018’s Bird Box. With the success of directing and starring in Dog, it appears that Tatum is pushing to move more into the dramatic field, so it will be interesting to see if an Americanized System Crasher gets him the kind of praise that he might be after. And while it probably won’t result in him finally getting to make his Gambit movie (which sounds like a spring break in New Orleans, but with mutants), it could maybe get him an Oscar nod. 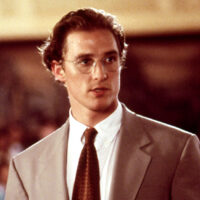