The cast of The Black Phone is led by Mason Thames as Finney Blake and Ethan Hawke as The Grabber.

The Black Phone is a 2022 supernatural horror film based on author Joe Hill’s (son of horrormeister Stephen King) 2004 short story of the same name. Set in 1978, it tells the story of a small Denver suburb terrorized by a serial child abductor who has been given the nickname “The Grabber.” There is only one name in the cast of The Black Phone that is immediately recognizable, Ethan Hawke, but that doesn’t mean the remainder of the cast was in any way lacking.

The story revolves around Finney and Gwen Blake, a young brother and sister, who are dealing with horrors of their own, as their father is an alcoholic. Along with the horrors at home, Finney deals with school bullies on a near daily basis, which sees his younger sister Gwen always coming to his defense. Robin, Finney’s only friend, also comes to Finney’s aid.

One of the kids that Finney knew, Bruce, was taken by The Grabber. Things begin to take their supernatural turn when Gwen starts to have psychic dreams and dreams about Bruce’s abduction. Not long after, Finney finds himself at the mercy of The Grabber, as well.

The Black Phone goes into supernatural overdrive at this point when Finney wakes up in a soundproof basement that has a ratty mattress in it and a disconnected black phone on the wall. We know we are in for some weirdness when the phone begins to ring.

The voices Finney hears say they are there to help him escape, but they are the voices of those The Grabber has taken, voices whose bodies have never been seen again.

CAST OF THE BLACK PHONE – THE KIDS

Mason Thames plays Finney Blake and was one of the first young actors to join the cast of The Black Phone. As Finney, he initially comes across as a normal young teen who is struggling to find his place at home with an alcoholic father and overprotective younger sister, and at school where he is always fending off attacks both verbally and physically from the school bullies. It takes The Grabber grabbing him for Finney to finally start fighting for himself.

At only 15 years of age, Mason Thames is quickly becoming one of the more sought-after young actors in Hollywood. His career kicked off in 2019 when Thames grabbed a role in the TV series For All Mankind. He has also appeared in the series Walker as a young Walker.

Thames will next jump right back into the supernatural realm with the feature Boys of Summer, a film set in 1997 that finds Thames’ character and his friends teaming up with a local, retired detective (Mel Gibson) to help unravel a mysterious supernatural entity that has come to their home on Martha’s Vineyard.

Madeleine McGraw joined the cast of The Black Phone as rough and tumble, with a spritz of psychic ability, younger sister Gwen Blake. She has a foul disposition and backs it up with an equally foul mouth. Gwen has no problem going the fisticuffs route if it means her brother doesn’t get hurt. Once Finney is abducted, though, she tries to use every psychic power in her body to track him down.

CAST OF THE BLACK PHONE – THE ADULTS

Ethan Hawke was not the first to join the cast of The Black Phone, though he was the most hesitant of the bunch. He was afraid to play such a villain, he said, because he didn’t want to be remembered for portraying such a scary character for the remainder of his career.

Then, Hawke remembered that he had already topped the half-century mark in age, telling Entertainment Weekly, “But I realized I’m on the other side of 50 and it’s time to put a new tool in the tool kit. Villains might be my future.”

What fans get from Hawke as the Grabber is a part-time magician psychopath who likes to kidnap children. When we first see Hawke, he is without a mask as he lures Finney close enough to nab him. When we see Hawke next, and pretty much for the remainder of the film, he is under a mask. Although it is a half-mask part of the time, it is creepy enough for its intended purpose.

Hawke is good as the big name of the cast of The Black Phone. He does creepy very well and while this is his first big role as a nasty villain, it isn’t the first time he has jumped into the horror genre. He starred in the 2012 horror film, Sinister and followed that up a year later starring in 2013’s The Purge.

Ethan Hawke has been in the acting business for nearly 40 years now. Early on it was Dead Poets Society and after that, it was The Newton Boys, Training Day, Assault on Precinct 13, and Brooklyn’s Finest. Why not add a creepy villain to the resume?

James Ransone is no stranger to horror films and as part of the cast of The Black Phone, Ransone, while not having a large part, is on board as a drug abuser who also happens to be The Grabber’s brother. As Max, he expertly, and unknowingly, runs interference for his brother, though there is a strong chance that it will all catch up with him in the end.

On top of being in the cast of The Black Phone, Ransone was also part of 2012’s Sinister with Ethan Hawke. Ransone showed up again in Sinister 2, and then portrayed the adult Eddie Kaspbrak in the horror film, It Chapter 2.

You may not know Jeremy Davies by name, but you will recognize this fine character actor from a number of films. Davies is part of the cast of The Black Phone as Terrence Blake, the alcoholic father to Finney and Gwen. His kids suffer as he battles his demons and it is a fight that remains consistent throughout the film, even more so when Finney ends up missing.

Davies made a name for himself early in his career when he played Corporal Upham in Steven Spielberg’s 1998 war film, Saving Private Ryan. He was then seen in films such as Ravenous, Secretary, 29 Palms, Solaris, and It’s Kind of a Funny Story.

As with most horror film detectives, they are typically one step behind everyone else in the film. E. Roger Mitchell is part of the cast of The Black Phone and as Detective Wright, gets his clues and cues from Gwen Blake, who is constantly trying to point Wright in the right direction.

CAST OF THE BLACK PHONE – THE GRABBER’S VICTIMS

The Black Phone wouldn’t be what it is without its list of Grabber victims and the cast of The Black Phone has several. Playing the victims who eventually help Finney are Miguel Cazarez Mora as Robin Arellano, Banks Repeta as Griffin Stagg, Tristan Pravong as Bruce Yamada, and Brady Hepner as Vance.

A SEQUEL COULD BE IN THE WORKS

Of course, there could be a sequel to The Black Phone. It is why many horror films are produced in the first place, for that potential franchise maker. The film’s director, Scott Derrickson, even hinted that one could be in the works as Joe Hill even pitched him a great idea for a second part of The Black Phone story.

“Joe Hill pitched me a wonderful idea for a sequel to Black Phone that, if this movie does well, I’m gonna do it. He’s got a great idea, I really liked it,” Derrickson explained to ComicBoom.com. “Joe’s very protective and personal about his material, but he came to me with the idea and I was like, ‘That’s how you do a sequel to Black Phone. That’s terrific.'”

Get ready then, because the film did well. “There’s already a lot of conversation, a lot of pressure being put on it,” Derrickson said. “I mean, the movie cost $18 million, and it’s going to ultimately make probably $160-170 million worldwide (it made close to $162 million according to Box Office Mojo). So they want another one. Of course, they do.”

So who, if any, of the cast of The Black Phone would be returning? Obviously, if the filmmakers and Hill wanted to continue the story of Finney and Gwen, they could. With The Grabber no longer being able to grab, Hawke’s return would be in question, but as this is a supernatural story and we’ve already seen The Grabber’s victim’s return in ghost form, there is nothing that is holding back Hawke’s returning in one form or another.

With that said, it also leaves open the possibility of The Grabber’s earlier victims returning to assist once again. 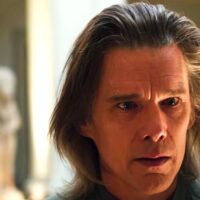 A Disturbing Ethan Hawke Horror Movie Is Trending On Streaming 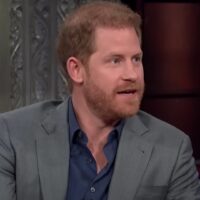 Prince Harry Compares Himself To Fiercest Game Of Thrones Character 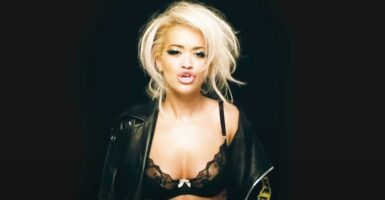 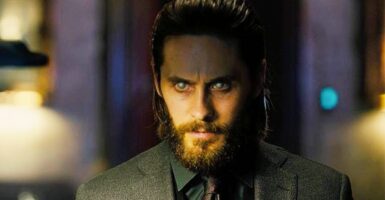 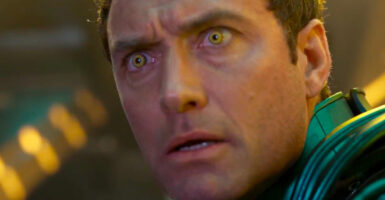