Cartoon Network Is Being Killed By Warner Bros. Discovery?

Cartoon Network is merging with Warner Bros. Animation, though the network is currently said to not remain safe.

Ever since the Warner Bros. Discovery merger, the company has been going through a laundry list of transitions in recent months, leaving no network or subscription streaming service platform safe. A lot of content on HBO Max has disappeared from Warner’s catalog, including the Harry Potter films and much of Sesame Street, so it should be no surprise that many people believe Cartoon Network may be next on the chopping block. However, it appears the network is safe for now, but their future may be uncertain under Warner Bros. Discovery’s new plan for their animation sectors going forward.

According to a report by Polygon, Warner Bros. Discovery looks poised to combine Cartoon Network Studios and Warner Bros. Animation into one division within the entertainment conglomerate. This news comes directly after Warner Bros. TV Group went through a round of layoffs this week that saw the departure of 82 employees within the scripted, unscripted, and animation divisions at the company. The uncertainty of both Cartoon Network and Warner Bros. Animation as a whole is driven largely by the combination of HBO Max and Discovery Plus, which are going to end up becoming one streaming platform sometime in 2023.

Cartoon Network is currently home to a variety of kid-friendly animated television shows that include We Baby Bears, Teen Titans Go!, and Craig of the Creek. Cartoon Network is also famous for many of its subdivision programming that is catered to adult animation including the wildly popular Adult Swim, which has launched iconic series like Harvey Birdman, Attorney at Law, Space Ghost Coast to Coast, and Robot Chicken. Robot Chicken, in particular, has been a noteworthy and critically acclaimed television series for the network since its debut in 2005, accumulating six Primetime Emmy Awards over the course of 11 seasons to date.

But it appears that Cartoon Network’s fate may be in the hands of a company looking for a change in the not-so-distant future. Warner Bros. Discovery has seen its name in print many times this summer due in large part to their cancellation of Batgirl, a film near completion that starred Brendan Fraser, Leslie Grace, Michael Keaton, and JK Simmons. With the movie almost finished, the studio has chosen to shelve it permanently without having a run in theaters or on HBO Max like originally intended. The vehicle was supposed to be a huge breakout role for Leslie Grace, best known up to this point as one of the stars of 2021’s musical film adaptation of In the Heights.

For now, it seems that Cartoon Network is safe until further notice, as Warner Bros. Discovery shifts all its networks to better fit a model they are trying to achieve. Many of Cartoon Network’s original shows were featured on other platforms like HBO Max at one time, but many of them have since been removed from the streaming service, including OK K.O.! – Let’s Be Heroes, which can now be found on Hulu. With real change coming for all of Warner’s content, it will be interesting to see what survives and what gets the ax in the coming months. 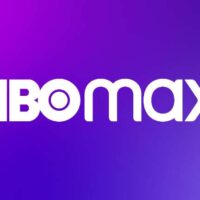 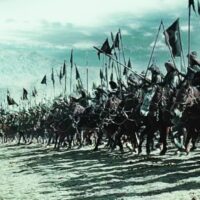