Captain Underpants is now more widely known as a children’s animated movie, but it started off a book series. The series is so popular that author Dav Pilkey has created multiple spinoffs. One such spinoff was a graphic novel he published with Scholastic in 2010. That book, The Adventures of Ook and Gluk: Kung-Fu Cavemen from the Future, has been pulled from the shelves this week in a joint decision from Scholastic and Pilkey after the passive racism with Asian characters was pointed out to the author. Following this decision, Dav Pilkey posted a video to YouTube with a brief letter outlining his apology and intentions for moving forward.

The banned book followed two caveboys who meet a martial arts instructor, Master Wong. The instructor taught the characters Ook and Gluk kung fu. The series became a New York Times bestseller straight off. The listed author name on this wasn’t actually Pilkey. While he was the author, the cover of the book listed George Beard as the author and Harold Hutchins as the illustrator. Fans of Captain Underpants would recognize those names as characters from the series.

The decision to ban the Captain Underpants spinoff comes after a rise in anti-Asian hate crimes in the United States. It also comes after the recent removal of six Dr. Seuss books from publication. A rise in book banning for racism is a controversial topic. With Dr. Seuss’s books, there is more of a nostalgia factor. With Captain Underpants, most of the big fans are still young. While that makes the decision less controversial, it adds to a growing conversation about what books should be banned. And does it make a difference when the author of the book themselves wants that to happen?

In the case of Dr. Seuss, it was the late author’s estate that made the decision about the book removal. Dr. Seuss can’t speak for themselves at this point. But author Dav Pilkey had the passive racism pointed out to him from this publication and responded immediately. Is that his choice? Or will fans who love Captain Underpants and all of its iterations be upset? Whether it’s with children’s books or adult material, we have complicated reactions when a story we discover a story we loved is problematic or involves passive racism. This is an ongoing discussion we’re still having culturally. Can we love problematic books? Is it okay when we love content that doesn’t match our own personal ethics? And even if we love something problematic, should we continue to pass that content onto others when there is so much other content available to us?

These are extremely big questions for a franchise called Captain Underpants, but the author isn’t shying away from them, and it seems like these questions are far-reaching in our culture today. 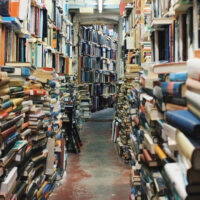 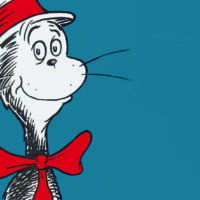 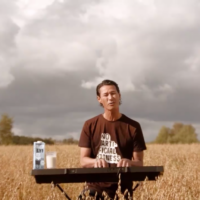