Captain America 4 Has Found A Director

After Avengers: Endgame effectively ended the Infinity Saga, many questions arose about the future of the Marvel Cinematic Universe. With the apparent end solidified for Chris Evan’s Captain America and Robert Downey Jr’s Iron Man, characters audiences came to love over the decade-long story were beginning to phase out. Over the few years since then, Marvel properties have moved to Disney+, and we’ve seen more characters move into the forefront while pushing others out of their roles. All told, Kate Bishop (Hailee Steinfeld) has taken over Hawkeye, Yelena Belova (Florence Pugh) has taken over the possible Black Widow (albeit not named the same), and Jennifer Walters (Tatiana Maslany) is set to take on the big green hulk role. One of the most significant replacements is Sam Wilson (Anthony Mackie), replacing Steve Rogers in Captain America 4. He is the first replacement to get a solo outing, and they’ve landed a director.

The Hollywood Reporter reports that Captain America 4 has found its director in Nigerian American filmmaker Julius Onah. Onah is known for his take on the Cloverfield franchise with The Cloverfield Paradox. While that wasn’t the most well-received of the franchise, the confidence boost of being hand-selected by a director like J.J. Abrams was enough to carry him over to the Sundance selection starring Octavia Spencer, Naomi Watts, and Tim Roth, Luce. But where can Onah take Sam Wilson and Captain America in the next installment?

There was a lot to unpack in Sam Wilson’s last outing in The Falcon and the Winter Soldier. Even though Steve Rogers gave him the shield, Wilson fought with the idea of being worthy of it. Continually fighting the responsibility of filling Roger’s shoes ultimately allowed John Walker (Wyatt Russell) to take on the role that ended in a disastrous turn of events. Wilson also learned from Isaiah Bradley (Carl Lumbly) that he wouldn’t be the first black man to wear the colors as Bradley was an unknown super-soldier, mistreated and forgotten by the government. While the plot is being kept under wraps for now, the choice of director and where the character is right now makes it likely that Captain America 4 will focus on race in America.

As far as the villains go, like any character, Captain America has plenty of foes that could appear. Some that would be obvious would be the return of Baron Zemo (Daniel Bruhl) and Sharon Carter (Emily VanCamp). If Onah wants to break new ground (which I am sure he would rather not retread familiar paths), there are a few routes he could take. Madam HYDRA could be the leader of small factions of remaining HYDRA agents and could easily fit into the universe to continue their opposition to the shield. If HYDRA feels a little too close to Steve Rogers, then Madam HYDRA could use her other alter ego and adopt the Viper name. This could lead to the introduction of The Serpent Society and bring a host of snake-themed villains for Sam Wilson to tackle in Captain America 4.

Even though Natalie Portman is bringing The Mighty Thor to life in Thor: Love and Thunder, and there is a possibility of a replacement for a core Avenger being in a film, Anthony Mackie’s Captain America 4 will serve as the first replacement Avenger to get their own lead in a film. With Julius Onah at the helm, it will be thought-provoking and profound on top of action-packed. 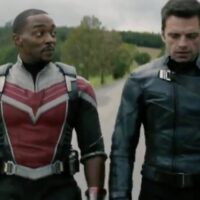 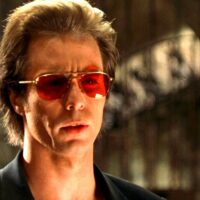