Canceled Batman Series Is Being Shopped To Warner Bros. Rivals

A recently canceled Batman series is getting another chance, as it has been reported that the series is being shopped to a Warner Bros Discovery rival.

The Warner Bros. Discovery merger has caused a ripple effect in show business. There have been plenty of cancelations that have not made sense, including the highly controversial decision to ax Batgirl. Well, another highly anticipated Batman story is Batman: Caped Crusader, which was also recently given the word that it would no longer be premiering through WBD. However, it is now being reported that WBD is shopping the new series to rivals. Those rivals include Netflix, Hulu, AppleTV, and possibly Disney. This is quite a bold move, but one that could make WBD some good money.

Batman: Caped Crusader was likely going to draw plenty of interest from other streaming platforms. The amount of talent that is backing this new series is enough to make the biggest streams jump at the chance to purchase this new Batman story. Bruce Timm, Matt Reeves, and J.J. Abrams are all executive producers for the series. Timm has been one of the biggest names in the Batman mythos, as he produced Batman: The Animated Series and Batman Beyond. Everyone knows Matt Reeves as the current man in the director’s seat for The Batman, which stars Robert Pattinson. J.J. Abrams might need even less of an introduction, but the Star Trek and Star Wars producer is now jumping into the Batman world, which is fantastic.

The new Batman: Caped Crusader series is meant to shake things up in the terms of the origin story of Batman. Kevin Conroy is back to Thomas Wayne, per the IMDb page. That is odd considering Conroy has mostly portrayed Bruce Wayne through many animated shows, films, and video games. This reimagining is meant to take Batman back to his noir roots and show when he first begins to fight crime. He also does not have a working relationship with Commissioner Jim Gordon or the GCPD. Not much else is known about the series, but it was already beginning to gain plenty of traction in circles that fans of The Dark Knight.

It is interesting that WBD is deciding to shop the series instead of debuting it on HBO Max. Batman: Caped Crusader sounds like it’s going to be another huge series under Bruce Timm’s belt. He is serving as showrunner with Reeves and Abrams taking on executive producer roles. However, with WBD CEO David Zaslav committing to cutting $3 billion in expenditures by 2024, this new Batman series was just part of those cuts. Zaslav cutting the show, but then selling it to a high bidder, might also make the man look like a bit of a genius. Batgirl had cost around $90 million but was just completely scrapped. There were likely plenty of streamers that would have purchased it, so not all Zaslav’s moves have looked great.

With Batman: Caped Crusader being shopped, and the possibility that HBO Max ceases to be the DC hub any longer, it will be interesting to see what streamer steps up to by the property. We could see Hulu being the place where DC might make its new home. It is becoming the premiere place for the Alien and Predator franchises, and adding another pop culture giant like the Batman franchise would be huge. 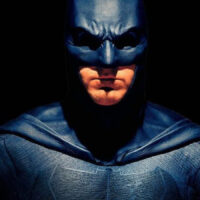