James Corden is leaving The Late Late Show, which may or may not be to the delight of audiences everywhere. The British comedian has hosted this latest iteration of CBS’ late-night talk show since 2015 while maintaining a parallel career in film. Reportedly, Corden has signed a one-year extension of his contract with CBS, so he will remain with the show through 2023. The terms of the deal with CBS are currently not known, and Corden has yet to make a public statement about his reasons for leaving his longtime gig. According to The Hollywood Reporter, James Corden will address his departure from the show in an upcoming monologue on an episode of the show next week.

Despite his continued success both as a late-night host and as a comedic actor, James Corden has frequently been a source of controversy and online dislike. He first came to prominence in the United Kingdom on the ITV series Fat Friends. After a series of stage roles and some film parts, he became a household name in Great Britain for co-creating and co-starring in the BBC Three sitcom Gavin & Stacey. James Corden became a well-known sight on British television and was particularly noted for his hosting abilities, which doubtlessly led to his being hired onto The Late Late Show. At the same time, he began to receive consistent backlash as rumors of entitled behavior and rudeness to fans circulated online. The Late Late Show was also criticized for cultural insensitivity for sketches like “Spill Your Guts or Fill Your Guts,” which forced guests to eat “disgusting” food that was often traditional dishes from Asian cultures. A Change.org petition demanding the show apologize and cancel the segment currently has thousands of signatures.

James Corden was also heavily criticized for his role as a gay man in the 2020 Netflix adaptation of the musical The Prom; he was particularly noted as a heterosexual man portraying a gay character as a collection of stereotypes and hackneyed behavior. Incidents like his well-publicized clash with the legendary and beloved actor Sir Patrick Stewart did not help:

The Late Late Show is CBS’ contribution to the crowded late-night talk show arena. It began in 1995, created by the then-dominant David Letterman and co-producer Peter Lassally, and traditionally has had a slightly off-kilter tone of humor and eschewed some of the trappings of the format like a live band. Television personality Tom Snyder was personally selected by Letterman as the first host and was succeeded by Craig Kilborn. To some surprise from viewers, Kilborn left the hosting position in 2004 after weeks of discussion of contract renewal, leading to speculation that he had left for financial reasons. After a brief period of rotating guest hosts, Scottish comedian Craig Ferguson took on the position, being particularly noted for a surreal sense of humor during his tenure. Finally, James Corden took over in 2015, bringing in comedian/musician Reggie Watts (who transitioned from the IFC mock-talk show Comedy Bang! Bang! to an actual one) as the first live bandleader in the show’s history. CBS has not yet announced who may be up for consideration as the next host. 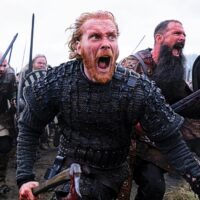