Cameron Diaz is returning to the world of acting for an upcoming Netflix action flick. The movie, titled Back in Action, will also star Jamie Foxx. While there’s no news on the plot yet or who Diaz will be playing, the news that Diaz is un-retiring is certainly exciting enough. Check out the Twitter post from Jamie Foxx below that announced the casting news:

While Cameron Diaz mentioned she was anxious about coming back to the acting industry, it seems like she got some great words of advice from another person famous for un-retiring, Tom Brady. The fun little snippet shows a phone call between Foxx, Diaz, and Brady. Tom Brady previously announced his retirement after 22 seasons in February, before changing his mind about a month after the announcement.

Cameron Diaz has been retired for quite a bit longer than Tom Brady was. Diaz announced her retirement from acting officially in 2018, and her only appearance since then has been in the video short Boss Bitch Fight Challenge as herself, going up against other “boss bitches” like Zoe Bell, Lucy Lawless, Rosario Dawson, Florence Pugh, Scarlett Johansson, Margot Robbie, Daryl Hannah, Rosie Perez, Thandie Newton and many more. Before that, her last role was in 2014’s Annie, which also featured her upcoming co-star Jamie Foxx. While that movie wasn’t particularly well-received by critics, it doesn’t seem like it factored into her decision to quit acting, especially since she announced her retirement years later.

Cameron Diaz had several reasons to retire, with the primary one being she had been acting for half her life and wanted to take some personal time. She also married Benji Madden, the lead guitarist for the band Good Charlotte, and became a mom to their daughter Raddix. Diaz also started her own wine company called Avaline. Avaline offers vegan-friendly, organic wine. Diaz co-founded Avaline with Katherine Power.

Cameron Diaz really made a name for herself in the late 90s and throughout the 2000s, appearing in movies like Shrek, Vanilla Sky, Charlie’s Angels, There’s Something About Mary, Gangs of New York, and many more. While Back in Action has convinced her to return to acting, it’s unclear if this will be a permanent return or if Diaz is just doing a one-off film before going back to retirement. In either case, fans are no doubt excited to see her…back in action.

Back in Action has only announced Cameron Diaz and Jamie Foxx at this time for the cast list. Seth Gordon is on to direct the film. Gordon also co-wrote the script with Brendan O’Brien. Foxx, Datari Turner, O’Brien, and Mark McNair executive produce the project with Beau Bauman producing for Good One Productions and Gordon producing for Exhibit A. While there’s no news on a release date yet for Back in Action, we’re sure to get plenty more updates as the film starts the pre-production and filming phases. Until then you can revisit some of Cameron Diaz’s best roles while you wait for her return to the screen. 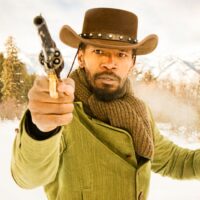