Cameron Diaz Thinks She Was A Drug Mule Early In Career

Could Cameron Diaz have been involved with some criminal dealings early in her modeling career? She certainly thinks so.

Before she was a Hollywood superstar with numerous credits to her name, Cameron Diaz may have been an unwitting drug mule. The actress made the shocking revelation during an interview on Second Life Podcast, where she recalled her time as a struggling model. Eager to see the world, she was able to move to Paris thanks to some catalog modeling work she’d done in California. But after a year in the magical city, the Charlie’s Angels star says she didn’t work a single day.

“I didn’t work a day,” Cameron Diaz said of her time as a model in Europe. “I was there a full year and I didn’t work one day. I couldn’t book a job to save my life.” She then went on to describe how the only gig she got seemed very suspicious. “I got like one job, but really I think I was like a mule carrying drugs to Morocco,” she told the podcast. “It was like the early ’90s. They gave me a suitcase that was locked that had my ‘costumes’ in it. When she arrived in Morocco, officials asked her who owned the suitcase, and whether or not it could be opened.

She eventually told them it wasn’t hers. “All of the calculations in my head went running back like, ‘What the f*** is in this suitcase?” Cameron Diaz also described how she immediately felt unsafe as a blond-haired, blue-eyed girl in Morocco in the 90s. “I’m wearing torn jeans and platform boots and my hair down, and this is really unsafe,” the actress said of her concerns at the time. That was the only modeling job she got during her time in Paris.

Fortunately, Cameron Diaz’s luck changed shortly after the strange ordeal. She scored a role opposite Jim Carrey in 1994’s The Mask while she was still living in Paris and became an international star. Following a supporting role in 1997’s My Best Friend’s Wedding, she starred as the titular character in the Farrelly brothers’ comedy There’s Something About Mary in 1998, which brought her increased fame and her first Golden Globe nomination. Her following two projects in 1999, the sports drama Any Given Sunday and Spike Jonze’s fantasy film Being John Malkovich, earned her a reputation as a dramatic actress.

After earning Golden Globe nominations for roles in Vanilla Sky and Gangs of New York, Cameron Diaz chose to retire from Hollywood in 2018 and went on to welcome a daughter with husband Benji Madden in 2019. However, the 49-year-old recently announced that she would step back into acting for the upcoming Netflix feature Back in Action. “I feel excited, but I don’t know how to do this,” she explained in a recording posted to social media by co-star Jamie Foxx.

The plot for the highly anticipated action-comedy is being kept under wraps for now. But Seth Gordon (of Horrible Bosses fame) is directing the project from a script he co-wrote with Brendan O’Brien. According to Deadline, Beau Bauman is producing for Good One Productions alongside Gordon for Exhibit A, with Foxx, Datari Turner, O’Brien, and Mark McNair executive producing. There isn’t much information about Cameron Diaz’s role in the film but fans of the Shrek star will be excited to see her in any capacity. Whether she’ll be back to acting consistently following the release of Back in Action remains to be seen. 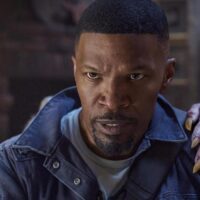