It has been a bit since Bruce Willis was shown in public, as he was diagnosed with a scary medical disease. Now, the actor was shown at the location of his most iconic film.

The last time that we heard about Bruce Willis, it was announced that he was going to be stepping away from acting because of a serious medical condition. The actor was diagnosed with aphasia, which is a brain disease that severely affects the way a person can express things and comprehend what is happening around them. This brain disease can also heavily affect speech, which is an actor’s primary tool when it comes to their profession. Although that was a sad moment, we can now all be collectively happy knowing the man was involved in one of the best social media posts in recent memory. His wife, Emma Willis, took to Instagram to show Bruce on top of the building that was filmed as Nakatomi Plaza in the first Die Hard film. You can see the video below:

The Instagram post is shot in black and white and features plenty of behind-the-scenes footage of Die Hard. There is a moment where we see Bruce Willis with the text that reads “on top of Nakatomi Plaza 34 years later.” The entire video is shot with “Ode to Joy” by Beethoven being played in the background. That is quite a fitting song for such a monumental moment. This bittersweet moment likely holds far more significance for Bruce, as he is quietly reflecting on top of the building that launched his career. Although his career had begun in the early 1980s, one can argue that Die Hard is the film that shot the man into superstardom.

This post is amazing for the fact that Bruce Willis returned to the location of his most iconic film. However, what makes this post even more special is this is the first time the man has been shown in public since his diagnosis. Well, he is not quite in public, but he looks to be in good spirits. He is in casual clothes showing off what looks to be a smirk in the video. We truly hope that the man is in good health and working his way back from such a scary diagnosis. The acting game might have caused the man more stress than he can handle now.

Bruce Willis still has three movies that he completed before he was diagnosed and stepped back from acting. Wire Room, Die Like Lovers, and Paradise City should all come out either this year or the next. Unfortunately, most of the man’s last films have been some odd underground features that pale in comparison to his work in previous years. Still, he was working through this diagnosis, and that matters.

Die Hard was released in 1988 and still holds cultural significance now. Every year there is a debate about whether the film should be considered a Christmas movie considering Hans Grubber (RIP Alan Rickman) is dropped off at Nakatomi Plaza during the holidays. Although both Bruce and his mother have stated it’s not a Christmas movie, the rest of the world seems to be convinced that it is. Still, it’s good to see the man out and about and returning to the spot of his most iconic feature. 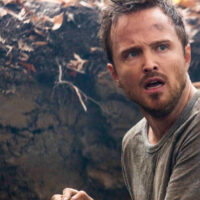 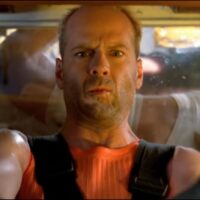 The Fifth Element: How Bruce Willis Made A Sci-fi Epic Into A Classic 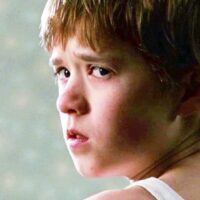