Bruce Willis has lasted in the action genre way longer than any actor ever really should. But it’s a testament to his ability to combine a certain “everyman” aspect, along with an awesome delivery of one-liners that lines up a persona that has just played so well for decades now. It kind of happened by accident early on, but he’s parlayed tons of acting chops and a “Christmas” movie into one of the more celebrated careers around. And now one of his overlooked action movies is blowing up on streaming. Go over and check out Red on Netflix.

Right now Red is sitting at number seven in the world for Netflix streaming. This is somewhat surprising considering the movie came out more than 10 years ago and isn’t exactly in the pantheon of great Bruce Willis flicks. But that’s the cool thing about Netflix, seeing as how it can resurrect some “forgotten” movies and give them a second round of viewing. Red is just one of those films.

Red plays on some ideas around the action genre and sets itself up with something of an over-the-hill spies vibe. In the film, RED stands for Retired, Extremely Dangerous and is focused on a group of folks who were at one time at the height of international espionage and ass-kicking. Bruce Willis is just one of this group, playing Frank Moses, now a loner living in the Cleveland suburbs. But as in all of these things, just when he thinks he’s out, they pull him right back in. Check out the trailer for Red:

And you can see from the trailer, this it isn’t just Bruce Willis getting unceremoniously yanked out of retirement in this film. As with most secretive movie spy operatives, one is never safe. There are some coordinated hits out for the whole crew even though they appear more than a little geriatric to be still putting up a solid fight.

The cast is excellent and along with Bruce Willis includes John Malkovich, Morgan Freeman, and Helen Mirren as part of the old crew.  They still have plenty of tricks up their sleeve too and the movie does try to dial up the action where they can. Willis looks the most competent of the group and considerably younger than the rest as well.

And that’s not it for the cast either. Bruce Willis is trying desperately to impress Mary Louise-Parker’s character who is along for the ride while they work their way through the conspiracy. And the RED group is being tracked and targeted by Rebecca Pidgeon, Karl Urban, Richard Dreyfuss, and Brian Cox among others. It’s an all-star grouping for this film.

Red, for all of its acting firepower, did underperform some with critics scoring just 44% on Rotten Tomatoes though faired better on Metacritic at 60%. Most agreed the cast was there having fun with the proceedings and Bruce Willis brings his typical snark to the screen that did help the film along. Where they thought it fell down a bit was the overall plot points. But most agreed the goofball arrogance of the aging spy group played well for what they were trying to do.

For all the critical panning it may have gotten, it still performed quite well at the box office. It was a testament to Bruce Willis’s and the others’ industry cache when it comes to action films. On a $58 million budget, Red earned almost $200 in box office sales. That’s fairly impressive considering it appealed to a slightly different demographic than most other films. Except for Willis, the other stars weren’t necessarily known at the time for headlining action films.

Look, Bruce Willis is one of the biggest action stars we’ve had. Heck, even “science” has proven him to be among the elite in the acting group over the last 30 or so years. According to BetVictor, he ranks behind only Arnold Schwarzenegger and Jason Statham in that category.  And now you have a chance to catch him in a flick that might have slipped past you a few years ago. It isn’t slipping by people on Netflix these days though. Get in on the action and give Red a chance. 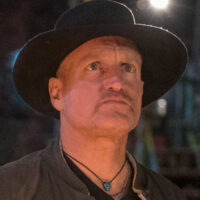