The good ol’ days of palatable Bruce Willis movies are back and super streamer Netflix has got the movie for you. The Whole Nine Yards was just added to Netflix in the USA.

The Whole Nine Yards is a 2000 comedy crime film that stars Bruce Willis as Jimmy “The Tulip” Tudeski as a former mob hitman who has turned to ratting on the mob. For his information concerning the Chicago-based Gogolak gang, Jimmy gets five years. When he is released, relocating to Montreal, Canada, he has a price on his head.

Matthew Perry plays Oz Oseransky, a dentist from Chicago. He is living in Montreal with his wife Sophie (Rosanna Arquette) and mother-in-law, both of who hate him. While Oz would love nothing more than to divorce Sophie, he is stuck paying off her dead father’s debt. Oz’s new dental assistant Jill (Amanda Peet) jokingly offers to Oz to whack Sophie. Jimmy is now Oz’s new next-door neighbor.

It doesn’t take long for Oz to recognize Bruce Willis’s Jimmy. They first meet as Jimmy is moving in and Oz notices the tulip tattoo on Jimmy’s arm. He immediately runs home to tell Sophie who their new neighbor is. Gold-digging Sophie then arranges for Oz to fly to Chicago and inform mob boss Janni Gogolak (a very funny Kevin Pollak) as to Jimmy’s whereabouts. For a price, that is.

Oz has no desire to give up Jimmy, but reluctantly makes the trip to Chicago. Upon his arrival, Janni enforcer Frankie Figs (Michael Clarke Duncan) introduces himself to Oz. Frankie takes Oz to Janni’s estate where he also meets Jimmy’s estranged wife Cynthia (Natasha Henstridge). When Oz returns to his hotel room, he decides to call Jimmy to warn Jimmy, but Jimmy assures Oz that he knows what Oz has done. Cynthia then arrives at Oz’s hotel room to give him all the details. Both Yanni and Jimmy want each other dead and Yanni also wants to include Cynthia in the hit because there is a $10 million trust to collect if they both are dead. Things become more complicated when Oz and Cynthia get drunk and sleep together, resulting in a classic Bruce Willis scene.

More hitmen, death, a bit of nudity, and lots of fun follow as Oz gets deeper and deeper into the mob war. He now feels the need to protect Cynthia at all costs while trying to stay alive himself. Oz is in shock when he finds out that Sophie tried to hire Jimmy (Bruce Willis) to take him out and his shock finds another level when Jill explains to him that she too is a contract killer, hired by Sophie to kill him, but couldn’t because he was such a nice guy.

Who lives, who dies, and do any of them end up together?

The highlight of the film comes from the interaction between Bruce Willis and Perry. They play off each other wonderfully as the straight and the comedic. Throughout his career, when Matthew Perry is on his game, his comedy is top-notch. The same goes with Bruce Willis and both put together great performances. The remaining cast also offers fun supporting roles.

The Whole Nine Yards was written by Mitchell Kapner, who also is responsible for the critically panned sequel The Whole Ten Yards as well as Days of Wrath and Oz the Great and Powerful. Jonathan Lynn, who has a few great movies under his belt that include Clue, My Cousin Vinny, and The Distinguished Gentleman, directed The Whole Nine Yards on a $41 million budget. Even though the critics weren’t overwhelmed by the Bruce Willis movie, audiences were to a tune of $106.4 at the box office.

The Whole Nine Yards, for Bruce Willis, came at what could be considered the height of his career. Willis was in the middle of a string of hit movies such as The Fifth Element, The Jackal, Mercury Rising, Armageddon, and The Sixth Sense. His time with Matthew Perry must have been good enough because right after The Whole Nine Yards, Willis made an extended run on Perry’s hit series Friends.

Lately, though, Bruce Willis has been in a series of B-movies, leaving all to wonder, why? For the bulk of his career, Willis has been a box-office draw, but as time has gone on, he seems to have accepted his B-movie status.

Bruce Willis’s last big release was the 2019 Glass, the last part in M. Night Shyamalan’s Unbreakable trilogy. Other than that, it has been one B-movie after another. In fact, the extremely busy actor has no less than a dozen movies set up for the next year or so. He also has the long-rumored return to his Die Hard John McClane character in McClane.

While some of his recent B-movies may be watchable, if you are looking for classic Bruce Willis, go check out The Whole Nine Yards on Netflix. 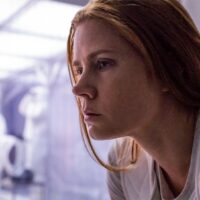