Tossing it all the way back to 2006, Lucky Number Slevin has made its way onto the free streamer, IMDb TV. The gangster movie surrounds a case of mistaken identity. Infamously, the cast listing for Lucky Number Slevin is the stuff of legend. Included in the credit roll are Josh Hartnett, Ben Kingsley, Bruce Willis, Lucy Liu, Morgan Freeman, and Stanley Tucci. That list in itself is enough reason to give Lucky Number Slevin a second look.

Constantly in the wrong place at the wrong time, Slevin (Josh Hartnett) wants to be a good friend when he heads to New York City to apartment sit for his friend Nick Fisher. Shortly after Slevin makes himself comfortable, he’s greeted by Nick’s next door neighbor, Lindsey (Lucy Liu). Moments after she says her goodbyes, which include a word of warning that Nick might be missing, Slevin’s door is busted down by two henchmen. After bruising him up a bit, the two take Slevin to their boss, aptly named, “The Boss” (Morgan Freeman).

From there, things get wild. The Boss thinks that Slevin is Nick and that he owes the mobster a giant sum of money he lost while gambling. His choice: pay back what he owes or kill the son of The Boss’s rival, “The Rabbi” (Ben Kingsley). To make matters even worse, Slevin is being stalked by Mr. Goodkat (Bruce Willis), a ruthless hitman set on knocking Slevin out no matter who or what stands in his way.

Premiering in almost 2,000 theaters across North America, the film earned the number five spot at the box office during its opening weekend. With a budget of $27 million, global box office earnings well surpassed that, bringing in a little over $56.3 million. Although fans were enticed by Slevin’s unlucky pinball game, being bounced back and forth between the two top mobsters, critics were not impressed. Currently, Lucky Number Slevin holds a 52% critics score on Rotten Tomatoes citing that the production was going out of its way to copy films such as Pulp Fiction and because of this, lost out on their own possible creative edge. Meanwhile, audiences left a rating of 87% on the wacky hitman film with many enjoying the characters and performances by Josh Hartnett and Bruce Willis.

For Bruce Willis, Lucky Number Slevin, would be just another title in a long line of action-based movies the star is known for. Although he held several smaller roles prior, his big break would come when the actor starred in 1988’s Die Hard. Now an internationally known franchise, Willis would step into the role of the tough-as-nails detective, John McClane time and time again over the course of five films. Following Die Hard, Willis proved to the world he was more than just an action flick actor and went on to take on roles in feature films, Look Who’s Talking as well as Look Who’s Talking Too, which were a favorite among fans. Throughout the 1990s, the performer would tackle roles in both film and television including features such as the previously mentioned Pulp Fiction, Armageddon, and Friends (TV).

Having long been a favorite in the awards circuit, Bruce Willis would nab a whopping six Academy Award nominations for his performance in the 1999 psychological horror film, The Sixth Sense. The M. Night Shyamalan movie, which saw Bruce Willis as a child psychologist aiding a young patient (Haley Joel Osment) who is being terrorized by deceased people trying to reach out through him, was a box office hit due to its twists, turns, and unforgettable final moments.

Since his performance in the critically acclaimed The Sixth Sense, Bruce Willis would go on to be seen in more action films including Sin City and Red. Although he has been teased for appearing in a slew of direct-to-video projects during the 2010s, Willis has also held roles in blockbusters including Moonrise Kingdom, Looper, and Split.

While there’s still a chill in the air for many of us, now may be the perfect time to set out on a Bruce Willis binge watch. From Die Hard to Lucky Number Slevin to The Sixth Sense, the hits (and punches) just keep on coming. For Lucky Number Slevin, the excitement is added knowing that it was one of Josh Hartnett’s final movies before he made the move from Hollywood back to Minnesota in order to be more picky about the roles he signed on for. An ode to classic gangster films, we think Lucky Number Slevin is not one to be missed. 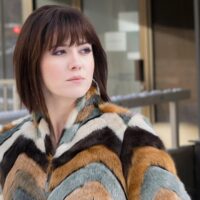