If you were a kid who watched Nickelodeon in the latter half of the early 2000’s, then you were probably a fan of Zoey 101. After its abrupt cancellation back in 2008 because of its star Jamie Lynn Spears’ unplanned pregnancy, fans were excited to find out that the show was going to be resurrected in an upcoming reboot of the series. However, that excitement was short-lived. It was revealed on The Things by former Zoey 101 co-star Paul Butcher that it had been cancelled due to the controversy surrounding Jamie Lynn’s views on her sister, Britney Spears’, ongoing conservatorship. The cancellation also comes alongside other allegations surrounding the former Nickelodeon producer, Dan Schneider, that worked on Zoey 101.

Issues surrounding Britney Spears’ conservatorship, which is primarily managed by her father Jamie Spears, have been making headlines since 2017 after her alleged unhappiness with the arrangement sparked fans to create the #FreeBritney Movement. However, they have recently been making headlines again due to the recent New York Times documentary, Framing Britney Spears and because of court proceedings that took place back in June where Britney, who had been relatively quiet about her feelings for some time, publicly expressed her dissatisfaction and her intent on finding a way to dissolve the conservatorship.

Britney Spears initially entered into the conservatorship with her father back in 2009 after a well-documented nervous breakdown that resulted in her shaving her head and her eventual hospitalization. Britney Spears has, on multiple occasions, publicly alluded to the tenuous relationship with her father. However, she has said little in the way of how her relationships are with her other family members, in particular, her sister Jamie Lynn. Her supporters and those rallying around the #FreeBritney movement believe that Britney Spears, in a recent Instagram post, attempted to reveal just how strained her relationship with her sister actually is.

While Jamie Lynn has not publicly reacted to the cancellation of her planned reboot due to the drama that has circulated because of her sister Britney Spears, her former co-star, Paul Butcher, had no problem providing his input surrounding the fact that the series is definitely cancelled and also as to just which Spears sister he actually supports. Butcher, who has achieved some success as a musician since his days playing Jamie Lynn’s on-screen brother, Dustin Brooks, leveraged social media to express his solid support for both Britney Spears and the decision to cancel the Zoey 101 reboot.

As the drama for Britney Spears and the rest of the Spears family continues to unfold and the supporters of the #FreeBritney movement remain steadfast in their support and beliefs, fans of the Zoey 101 series have to come to terms with the fact that the likes of Zoey, Dustin and other fan-favorite Nickelodeon characters will most likely never again grace the small screen. Fans instead can only hope, for now, to see Jamie Lynn Spears publicly react to her feelings regarding the show’s second abrupt cancellation and as to just how she really feels about her big sister’s ongoing conservatorship. 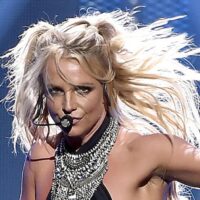 Britney Spears Suffers A Major Defeat In Trying To #FreeBritney