Brie Larson revealed on Jimmy Kimmel Live that being cast in Marvel filled her with fear.

Although she earned widespread acclaim for her performance as Joy “Ma” Newsome in 2015’s Room, for which she also won the Best Actress Academy Award, Brie Larson became a household name after landing the coveted role of Captain Marvel in the Marvel Cinematic Universe. But while Carol Danvers is touted as the most powerful hero in the franchise, the actress who brings her to life on screen says the role filled her with fear.

Brie Larson made the revelation during an appearance on Jimmy Kimmel Live! When asked if she was into working out before she was cast as Captain Marvel, the 32-year-old said she wasn’t. Prompted to elaborate by the late-night host, the 21 Jump Street alum said the role is what turned her into a “workout nut” because she was afraid of failing. “I thought that I was like supposed to do my own stunts,” she explained. “They cast me and I was like, ‘They low-key don’t understand that I’m an introvert with asthma, and they made a mistake. I got to figure this out real quick.’”

But although Brie Larson was worried about the role’s physical demands, she credits her training and the role with changing her as a person. She said once she actually started working out, she learned how much stronger than she thought. The actress even figured out that her allergies were causing her asthma. So, she just took allergy medicine. After that, she was able to lift heavy weights and it transformed her life. “Captain Marvel changed me as a person way more than I ever would’ve thought,” she told the audience.

Brie Larson made her Marvel Cinematic debut as Captain Marvel in 2019. Set in the 1990s, the story followed Carol Danvers as she turned into one of the galaxy’s mightiest heroes after the Earth is caught in the center of an intergalactic conflict between two alien worlds. Released as part of Phase Three of the MCU, the film grossed over $1.1 billion at the global box office, making it the first female-led superhero film to pass the billion-dollar mark. A follow-up was announced shortly after its release, however, the exact plot details are currently unknown.

Apart from her role in Avengers: Endgame, Captain Marvel has only made small cameo appearances in the post-credits scenes for Shang-Chi and the Legend of the Ten Rings and Ms. Marvel. But that will change with the highly anticipated Captain Marvel sequel in Phase Five of the MCU. Set for release on July 28, 2023, The Marvels will also be a continuation of the Disney+ series Ms. Marvel. Directed by Nia DaCosta from a screenplay by Megan McDonnell, the movie will star Brie Larson as Carol Danvers/Captain Marvel, Iman Vellani as Kamala Khan, and Teyonah Parris as Monica Rambeau, alongside Samuel L. Jackson.

Away from the Marvel Cinematic Universe, Brie Larson is set to appear in Fast X. Also known as Fast & Furious 10, the film is directed by Louis Leterrier from a script by Justin Lin and Dan Mazeau. While the Marvel alum’s role remains undisclosed, she will appear alongside franchise favorites like Vin Diesel, Jason Statham, Michelle Rodriguez, Tyrese Gibson, Chris “Ludacris” Bridges, John Cena, and Jordana Brewster. The movie is set for release on May 19, 2023. Its sequel is planned to be released in February 2024. 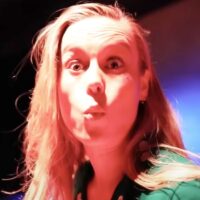