By Douglas Helm | 8 seconds ago

Ms. Marvel recently premiered its first episode on Disney+ and fans are already anticipating the young hero meeting her inspiration, Carol Danvers, in The Marvels in 2023. However, the actors who play them have already met plenty of times, and Brie Larson took to Instagram to post a pic of the first Zoom meeting between her and Iman Vellani. Check out the post below:

As Brie Larson said in the post, it seems like this is the first time the co-stars for Ms. Marvel met before they started filming together. The Zoom meeting was probably necessary as stricter pandemic protocols were likely in place at the time. The two actors have probably spent plenty of time together by now, as The Marvels is now in post-production, so Larson and Vellani probably have all their scenes finished and ready to go.

The Marvels will be a direct sequel to Captain Marvel which introduced us to Brie Larson’s Carol Danvers/Captain Marvel. The movie introduced us to the Skrulls, gave us some of the earlier days of Samuel L. Jackson’s Nick Fury, and set up Captain Marvel as one of the most powerful heroes in the MCU. Since then, we’ve seen her make a couple of appearances in other movies. In addition to Larson, The Marvels will bring mark Vellani’s movie debut as Khamala Khan. It will also bring back Samuel L. Jackson’s Nick Fury and Teyonah Parris’s Monica Rambeau, who was just a kid in Captain Marvel but appeared as an adult in WandaVision where she got some powers of her own. Zawe Ashton and Park Seo-joon are also on the cast list with Nia DiCosta directing.

Before teaming up with Brie Larson’s Captain Marvel, we’ll get a chance to learn more about Iman Vellani’s Khamala Khan in her own Disney+ show, Ms. Marvel. The show takes place in New Jersey and shows Khamala Khan learning about her new polymorphous powers. Reviews have been generally favorable so far and it seems like it will be a great introduction to this young hero. The show is created by Bisha K Ali. and stars Vellani along with Matt Lintz, Zenobia Shroff, Yasmeen Fletcher, Alysia Reiner, Laurel Marsden, Anjali Bhimani, Rish Shah, and more.

It’s cool to see Iman Vellani and Brie Larson together in this Instagram post before they hit the big screen together. It could be a while before we get to see the two together in their superhero garb since we won’t be seeing The Marvels until 2023. If it’s anything like Thor: Love and Thunder, we might not even get a trailer until it’s nearly the movie’s release date. Until then, we can at least enjoy Ms. Marvel. The series is set to run for six episodes with the first episode currently available. You can go stream that one on Disney+ now and catch the next episode on June 15. Thor: Love and Thunder will be the next Marvel project after Ms. Marvel, as it hits theaters on July 8. 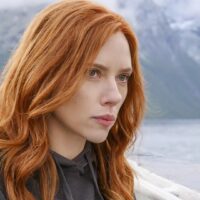