Actor Brie Larson is most likely enjoying the holidays as the year comes to a close, preparing for a big year ahead full of blockbuster films that she will be starring in. Continuing her adventures as Captain Marvel in next year’s The Marvels, Larson will also be featured as one of the significant additions to the Fast & Furious franchise in 2023 as well. Now, Cosmic Book News is reporting that there is a rumor going around that Brie Larson’s character in The Marvels is married, and fans won’t want to wait until July 2023 for the film to be released so they can find out.

The rumor making its way around social media these days about Brie Larson’s character of Carol Danvers being married in next year’s The Marvels comes as fans are speculating Danvers will be married to actor Park Seo-joon in the film. Seo-joon has been cast in The Marvels, but there is still no confirmation as to what character he will be playing in the sequel.

Experts analyzing the Marvel Cinematic Universe believe that the South Korean actor will portray Prince Yan, whose name appears in the comic book series as the leader of a planet where its inhabitants all communicate via song instead of through spoken words.

There have been longstanding rumors that The Marvels will feature a scene where everyone is singing, which explains why many fans think that Carol Danvers will be married to Prince Yan of the singing planet, Aladna. Neither Marvel Studios nor Brie Larson has confirmed this rumor as of yet, and fans might have to wait until July 2023 to see if their suspicions are confirmed. There have also been rumors that Carol Danvers is part of the LGBTQ+ community, so her association with Prince Yan might be more complex than audiences know at this given moment.

Brie Larson first portrayed the superhero Captain Marvel in the eponymous 2019 film before reprising the role in a memorable sequence of Avengers: Endgame later that year. The actor was primarily known for playing characters in independent feature films, taking her all the way to the Academy Awards where she won the Best Actress trophy for her work in the 1015 drama Room. From there, Larson has been tapped to play more of a prominent role in big blockbuster franchises, after the success she has achieved in smaller movies and leading the Marvel Cinematic Universe.

Aside from The Marvels next year, Brie Larson will be joining the growing cast of Fast X, alongside franchise staples like Jason Statham, Vin Diesel, and Michelle Rodriguez. Fast X is shaping up to be a major installment in the two decade-old franchise, with additions to the cast that includes Charlize Theron and Jason Momoa.

Fast X will be released in theaters on May 19, 2023 and has an estimated budget of $340 million, while The Marvels is expected to showcase Brie Larson’s singing talent, making next summer possibly the biggest box office return that the actor has seen in her lengthy career to date. 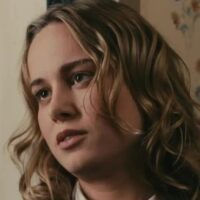