The Oscar-winner rose to fame with her role as Captain Marvel, but Carol Danvers isn’t enough for the ambitious actress. A couple of months ago, Brie Larson revealed her dream franchise while speaking with Uproxx. Many may have thought she was kidding at first, but she was dead serious. Brie Larson wants in on the glory of Vin Diesel’s Fast & Furious movies. During the interview, she asked that people put that message out into the universe and make it happen for her. Now, only a couple of months later, she has revealed her dream is actually coming true. Joining Vin Diesel on Instagram, the pair announced that she’s been cast in Fast 10.

You can see the surprise announcement from Brie Larson and Vin Diesel below.

When Brie Larson first announced that she wanted to join Fast 10, people weren’t sure how serious she was about that. She stressed that she wasn’t kidding. She told the publication at the time: “Please, please tell everybody I would of course want to be in a Fast & Furious movie. I’m obsessed. I love them. I think they’re so good. They’re so fun. And they’ve made me appreciate cars. And it’s something that should be appreciated. They’re incredible. So of course, please.”

It seems like the public plea really worked out well for Brie Larson. While the pair announced her casting on Vin Diesel’s Instagram post, they didn’t say what her role will be. Jason Momoa recently announced his own casting as a villain for the film. During an interview last week, he let slip that he’s teaming up with Charlize Theron’s Cipher, which served as confirmation for audiences that Charlize Theron will be back for Fast 10. Will Brie Larson be joining the two as another villain for the movie? Will she be joining the actual core crew family and starring alongside Vin Diesel’s Dominic Toretto?

While Brie Larson and Vin Diesel gave no details at all about her upcoming role, Jason Momoa has been dropping details about Fast 10 left and right, so hopefully he’ll tell us more about her character soon. For now, we know that she’ll be joining the franchise, which is a big deal for Fast & Furious and for the actress herself. It’s hard to know if she believed speaking her mind would actually make this happen or not, but most people probably brushed the comment off as a pipedream. It’s always fun to see when actors put ideas out there in interviews or via social media and then they actually happen.

Brie Larson’s casting announcement is bound to rev up interest in Fast 10. While there are plenty more opportunities for Fast & Furious spinoff movies in the future, the main storyline for Dominic Toretto and The Family is ending with Fast 11. Reports have claimed that Fast 10 and 11 may be filmed back to back. Other than that, they’re not telling audiences anything about how the story will end, except to say that nothing is off the table. Will there be another trip to space? Will there be dinosaurs? Anything goes in a Fast movie, and audiences have come to expect the unexpected.

There’s one thing we likely won’t see in Fast 10, and that’s the return of Dwayne Johnson. Vin Diesel put out a public plea several months ago asking the Hobbs & Shaw star to return for Fast 10, but Dwayne Johnson publicly turned him down. Vin Diesel hasn’t said anything else about their feud. Instead, filming has been announced to start soon, Jason Momoa has been cast, Charlize Theron’s return has come out in interviews, and Brie Larson has now joined The Family. Hopefully, this is the start of a lot more news coming our way for these final movies. 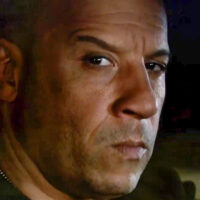