Disney+ has become the go-to source for everything related to the Marvel Cinematic Universe, especially when it comes to debuting new series within the superhero sphere. With hit series like WandaVision, Loki, Ms. Marvel, and Hawkeye, audiences have seen a transition for the MCU into Phase 4, pushing through the growing pains of a remarkable franchise. One of the MCU’s biggest stars, actor Brie Larson, has released a picture of herself on Instagram celebrating an upcoming series that will soon be featured on Disney+.

Noted with a caption reflecting her fondness for the character Groot, Brie Larson flaunts a baseball hat with Groot’s likeness on the front to her more than 7 million followers on Instagram. Groot is voiced by actor Vin Diesel and initially debuted to moviegoers in 2014’s Guardians of the Galaxy. Since then, Groot has been featured in Guardians of the Galaxy Vol. 2, Avengers: Infinity War, Avengers: Endgame, and most recently, Thor: Love and Thunder. This has come in the form of Groot, Baby Groot, and the teenage version of Groot. According to daily dot, Groot’s main catchphrase from the Guardians of the Galaxy films made its way into the pop culture lexicon through memes that have gone viral on the internet.

For her part, actor Brie Larson is doing what she can to help promote all things related to the Marvel Cinematic Universe. After winning an Academy Award for Room, Larson went on to star as Carol Danvers, aka Captain Marvel. The actor helped propel Captain Marvel to gross over $1.1 billion worldwide. She was also featured in a hefty cameo appearance in Avengers: Endgame and is set to costar in The Marvels, which premieres in July 2023. The Marvels is directed by Nia DaCosta of Candyman fame, and Larson will join MCU frequent collaborators Teyonah Parris, Iman Vellani, and Samuel L. Jackson in the upcoming project. At this time, not much is known about The Marvels other than that it is a proposed sequel to Captain Marvel. Audiences may see other MCU returning champions join The Marvels, possibly even Groot himself. 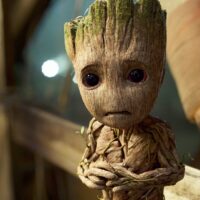 I Am Groot Movie Trailer Out Cutes Baby Yoda 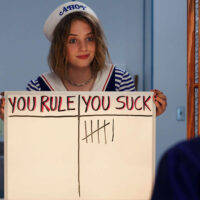