The Breaking Bad cast is led by Bryan Cranston as Walter White and Aaron Paul as Jesse Pinkman.

Breaking Bad was a massively popular television series that ran for five seasons from 2008-2013. The series was created by Vince Gilligan and told the story of a high-school chemistry teacher who finds out he has stage three lung cancer and turns to a life of crime in order to make sure his family’s financial future is secure once he is gone. Breaking Bad was known for its fantastic storytelling but it wouldn’t have been such a great series if it wasn’t for the Breaking Bad cast who brought their characters to life.

Six actors, led by Bryan Cranston and Aaron Paul, appeared in all 62 Breaking Bad episodes. The series also introduced Bob Odenkirk as Saul Goodman, who went on to star in the prequel series, Better Call Saul. Let’s take a look at the actors who made the Breaking Bad cast what they were.

Breaking Bad is not the series it was if not for Bryan Cranston knocking it out of the park as high-school chemistry teacher, Walter White, who finds out shortly after turning 50 that he has stage three lung cancer that is inoperable. In order to ensure his family’s financial future, White turns to cooking up meth and selling it.

White teams up with one of his former students and together they start their “business.” When they first start, they use a rolling meth lab and only produce meth in small batches. As time goes on, though, Walter White begins to see that he is good at what he does, eventually making much larger batches and concocting a special blue meth that is high in demand for how pure a product it is.

The more successful he becomes in making and selling illegal drugs, the more trouble he finds himself in. White takes on the alias “Heisenberg” and with it, becomes notorious, and finds himself at odds with the DEA, local gangs, drug cartels, and even his family. For his role in the Breaking Bad cast as Walter White, Cranston won the Primetime Emmy Award for Outstanding Lead Actor in a Drama Series a total of four times in 2008, 2009, 2010, and 2014.

Aaron Paul plays Walter White’s partner in crime, Jesse Pinkman, a former student of White’s. What’s interesting about Paul’s character is that series creator Gilligan didn’t plan on having the Breaking Bad character Pinkman stick around after the series’ first season. Pinkman was supposed to be erased from the cast and die at the end of season one but Paul’s performance convinced Gilligan to keep the character around.

It was a great move, all made possible by Paul’s performance. His performance was so acclaimed that Paul took home the Primetime Emmy Award for Outstanding Supporting Actor in a Drama Series three times, in 2010, 2012, and 2014. Those three wins were the first time any actor took home the prize in that category since the award was separated into comedy and drama.

Whereas Cranston’s character went from a benign “good guy” to something not so good, Paul’s Pinkman was considered the moral compass of the series as his character started off bad and as it progressed, Pinkman became quite remorseful for his actions while developing and dealing the drugs.

After being part of the Breaking Bad cast for five seasons, Paul was seen in El Camino: A Breaking Bad Movie, a continuation of Pinkman’s story. The film brought back Cranston as Walter White, but only in a flashback.

Anna Gunn joined the Breaking Bad cast as Skyler White. When we first see her, she is the dedicated and pregnant wife of Walter White. She has no idea that her husband is cooking and dealing meth, but as the first season rolls into the second, her suspicions begin to grow.

Skyler eventually figures out that Walter has become a drug kingpin and even tries to help him out by laundering the drug money. Slowly, though, she begins to see Walt for what he has become and starts to distance herself, but not even divorce can keep them apart.

In fact, Mitte claims to have backed off on his own therapy so he could better portray Walter White, Jr., learning how to walk on crutches so it wouldn’t look fake on screen and also staying up late at night to slur his speech. Talk about dedication.

Hank is a DEA agent and the brother-in-law to Skyler, as he is married to Skyler’s sister, Marie. For the most part, Hank is a fearless agent and is one of the agents hot on the tail of Heisenberg, not knowing it is Walter White. During one of Hank’s investigations, he is shot and paralyzed — something he must work his way back from through the course of the series. Although Hank struggles with his recovery, it doesn’t stop him from continuing his investigation of Heisenberg and that has its own dire consequences.

Marie Schrader is the wife of DEA agent, Hank Schrader. As part of the Breaking Bad cast, Marie falls onto the “bad” list because she has a penchant for shoplifting. She does see a therapist for her kleptomania, but she comes off as shallow and self-centered. Marie’s character is an interesting one throughout because while she’s conflicted in her own way, she does show dedication and resolve when it comes to both her husband and her sister. She reappears in Better Call Saul as well.

Bob Odenkirk’s Saul Goodman was a season 2 addition to the Breaking Bad cast, and it turned out to be a winner. Saul is a strip mall lawyer who is as crooked as they come and gamely represents Walter and Jesse. Odenkirk was a scene stealer over and over in this series and ultimately his involvement with the criminal underworld comes fully home to roost for the slick fast-talker.

Odenkirk’s portrayal of Saul Goodman was such a hit that he needed a series of his own. You may have heard of Better Call Saul.

How can one not love Giancarlo Esposito when he is playing a bad guy? As part of the Breaking Bad cast, Esposito was first a guest star in Season 2 before becoming a permanent addition for Seasons 3 and 4. Gus Fring was a high-level drug distributor who was never up to anything good. Esposito as Fring was scary good at being, well, scary. His sociopathic tendencies were masked as the owner of his chicken joint, the front for the whole operation. He played the character so straight that when he broke bad himself, it was almost shocking.

Just like Bob Odenkirk, Jonathan Banks became part of the Breaking Bad cast during season 2. He was Gus’s cleaner and hitman while also working for Saul as a private investigator. His backstory was covered more in Better Call Saul and it was much easier to see how exactly this former cop got involved in such an ugly and messy world.

They say the cast makes the series and the Breaking Bad cast certainly made theirs. Bryan Cranston simply chewed scenery as Walter White while Aaron Paul and the rest of the cast turned Breaking Bad into the massive hit it was. If you haven’t taken the time to watch the series, watch it — you won’t be disappointed. 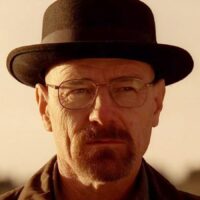 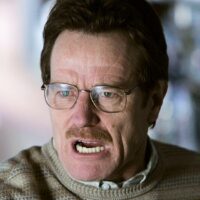 Bryan Cranston Wants To Make A Movie About His Silliest Role 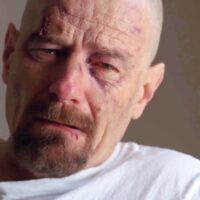