Many fans will never allow a single negative word escape your lips in their presence about the late Christopher Reeve’s Superman films, while others may pledge their allegiance to Henry Cavill. Left as the proverbial middle child is Brandon Routh, whose first shot at the character in 2006’s Superman Returns didn’t quite meet expectations. But in a relatively early example of an actor getting to once again step into an old superhero role, Routh got the chance to play Krypton’s Last Son in the The CW’s 2019-20 crossover event Crisis on Infinite Earths. In spite of his screen time being relatively brief, Routh is speaking out about what a healing experience it was.

Brandon Routh related how returning to the role of the Man of Steel changed him while sitting down with fellow Superman-mythos actor Michael Rosenbaum — formerly Lex Luthor of Smallville — on the Inside of You podcast (via Screen Rant). Making Superman Returns was apparently not very fun for its lead. Routh told Rosenbaum all he could feel was the pressure of the role. He said he made it through the filming by constantly telling himself that once it was time to make the sequel, the pressure wouldn’t be as acute. He’d have made the first film and would be able to relax in the role. Of course, the sequel — and also Routh’s chance to actually enjoy the role — never came. By 2009, Routh confirmed that his contract with Warner Bros. for Superman had expired.

Finally, the chance came with The CW’s Crisis on Infinite Earths. Based on the massive 1985-6 line-wide DC Comics event of the same name — one of the first of its type — Crisis featured the Arrowverse’s heroes united to save the Multiverse while traveling through it. The event featured a number of wonderful cameos, including Burt Ward of the ’60s Batman series making a cameo as an aged Dick Grayson, Tom Welling playing the retired Clark Kent of Smallville, and even a wonderful cameo from Ezra Miller as the DCEU version of the Flash. Even though Routh was already a part of the Arrowverse as Ray Palmer, aka the Atom, for Crisis he stepped into the role of the Superman of Earth-96. His character was based on the version of the seminal 1996 miniseries Kingdom Come.

While the Superman of Kingdom Come might not exactly be the same guy Brandon Routh played in Superman Returns, the actor said it was still a healing experience. Routh recalled, “The first day I came onto set shooting the Batwoman episode and it was the first time I was appearing as Superman in it and I just thought ‘I’ve already done it.'” The actor talked about how putting the suit on again for the costume fitting was healing, as well as “the warm fan reaction.” He said having fans excited about his return was “healing in so many ways.”

In something of a cruel irony, Brandon Routh experienced the healing from losing one superhero role just to abruptly lose another. When he and his co-star and real life wife Courtney Ford were written out of DC’s Legends of Tomorrow shortly after the conclusion of Crisis on Infinite Earths, it was done apparently without consulting either actor. Speaking to Entertainment Weekly about it in 2020, Routh said that considering the years he’d spent playing Ray Palmer first on Arrow and then Legends, he deserved to be part of the conversation of being written out of the series. The fact that he wasn’t, Routh said, “made what could’ve been a happy, positive exit, the opposite.” 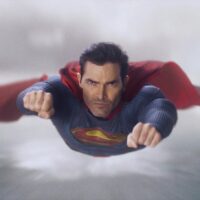 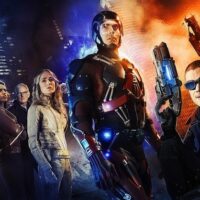 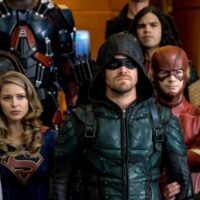