By Rick Gonzales | 22 seconds ago

Who doesn’t love a good zombie flick? Now, while “good” is in the eye of the beholder, there have been plenty that we are sure we can all agree on fit the bill. One such Brad Pitt blockbuster is now climbing the Paramount+ charts as it chews on the number four position.

World War Z is the 2013 Brad Pitt zombie apocalypse film based on the 2006 zombie novel, World War Z: An Oral History of the Zombie War by best-selling author Max Brooks (son of legendary filmmaker Mel Brooks). Brad Pitt plays Gerry Lane, a former UN agent who is stuck in heavy Philadelphia traffic with his wife, Karin (Mireille Enos), and their two daughters, Rachel and Connie. While trying to maneuver through the slog, the city is overcome by zombies.

As the city falls, the Lane’s are able to escape to Newark, New Jersey, where they take refuge with a couple and their son Tommy in an apartment. Things quickly go bad as the Lane’s have to move fast when the zombies invade, turning Tommy’s parents into the hungry undead.

Brad Pitt’s character, Gerry, is able to contact an old friend, Deputy UN Secretary-General Thierry Umutoni, who is able to get a helicopter to Gerry and his family, that now includes Tommy, as they barely escape the zombie horde. The Lane’s are taken to a U.S. Navy vessel sailing safely in the Atlantic. Onboard are scientists and military personnel who are studying the nature of the infected. One young virologist, Andrew Fassbach, feels the zombie plague is a virus but in order to develop a working vaccine, they need to find the origin. Gerry is then told that he and his family will be removed from the safety of the Navy vessel unless he helps Fassbach discover the origin.

World War Z then takes on a global look. Gerry and crew head over to a military base in South Korea, where they are promptly attacked by zombies. Not all survive as Gerry finds that his next destination is Jerusalem. When Gerry arrives, he arrives to large walls built to surround the city and keep them safe from the zombies. Safety behind the wall doesn’t last as the zombies, upon hearing the celebratory singing from the refugees inside, team up to scale the walls and overrun the city.

As Brad Pitt’s character is making his escape, he notices the zombies are ignoring an old man and a starving young boy.

Gerry’s next stop is Cardiff, where the plane is close to landing. Inside the plane, though, is s stowaway zombie who begins to infect those on board. Gerry makes the decision to use a hand grenade to take out the zombies, forcing the plane to crash upon its landing.

Gerry survives with another passenger and begins to put together his theory. The zombies don’t pay attention to the weak or injured as they are ill-suited hosts for the zombie infection. The only way to save everyone would be to inject themselves with a deadly pathogen that would mirror the sick. Now, Brad Pitt’s character has a new mission.

Initially, Paramount saw World War Z as a trilogy. The successful opening of the film had Paramount thrilled, so they announced they were moving ahead with a sequel. They found a new director and a new screenwriter. But time moved on and nothing materialized.

Still set on a trilogy, Paramount moved on to another new director, this time David Fincher, who worked with Pitt previously on the outstanding thriller, Se7en. Again, time moved, and work on the sequel was slow.

The film did its share of pre-production but eventually, it was ultimately canceled. It’s been said and verified, that China is the single biggest reason why Paramount decided not to move forward with the planned sequel.

China’s government policy simply won’t allow for movies featuring zombies or ghosts to be shown in their country. It is for this reason that films like Jordan Peele’s Get Out or the zombie hit Zombieland never saw a release in China. With China being one of the film industry’s biggest markets, Paramount had to consider their bottom line and the cost as to what it’d take to put the sequel together versus what they would make without China’s market.

Nevertheless, World War Z did, without Chinese money, a respectable job at the box office. Director Marc Forster was handed a budget that started at $125 million, eventually ballooning to upwards of $200 million, and he rewarded Paramount’s faith by bringing in nearly $541 million at the box office.

Before World War Z, Brad Pitt had already made his presence known in Hollywood. The A-lister, whose career began innocently enough in 1987 on the TV soap opera Another World, followed that up with a string of TV shows such as Dallas, 21 Jump Street, Head of the Class, Freddy’s Nightmare, Growing Pains, and Thirtysomething. Gotta start somewhere.

He then began to climb the Hollywood ranks crossing over to features like Thelma & Louise, Cool World, A River Runs Through It, Kalifornia, and Interview with the Vampire: The Vampire Chronicles. A-list status was within his sights. Legends of the Fall came next and was followed by the aforementioned thriller Se7en. The weird 12 Monkeys gained Brad Pitt more recognition and then he rolled out movies like The Devil’s Own, Seven Years in Tibet, Meet Joe Black, and Fight Club.

Since that time, Brad Pitt has continued to build his resume professionally as well as personally. Mr. & Mrs. Smith led him to Angelina Jolie, who he married after a very public affair with Jolie, then divorce from Jennifer Aniston.

Brad Pitt’s personal life turmoil never took the shine off his status as a leading man as evidenced by his constant employment. Recently, Pitt can be seen in the controversial Quentin Tarantino film, Once Upon a Time…In Hollywood. In fact, it was Pitt’s scene with Mike Moh’s Bruce Lee that was the impetus of said controversy.

Brad Pitt was then seen in Ad Astra and currently has a couple of projects set for release, one titled Bullet Train and the other Lost City of D, both co-starring Sandra Bullock. If you’re hungry for a crazy zombie film, you can see Brad Pitt defy all odds in World War Z on Paramount+. 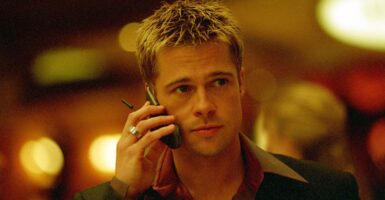 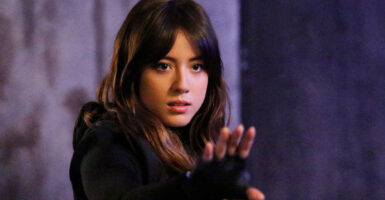 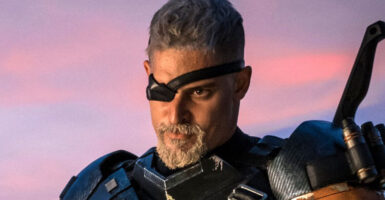