The Robert Redford film A River Runs Through It, starring Brad Pitt, leaves Netflix at the end of the month.

Netflix may be making way for David Leitch’s Bullet Train, but another Brad Pitt-led feature will be leaving the platform on December 1. Celebrated drama, A River Runs Through It will officially be bidding adieu to the streaming service in just one week, leaving you with a short amount of time to catch it before it’s gone forever. Well, maybe not forever, but at least for now.

Released in 1992, the Robert Redford-directed feature told the story of two brothers growing up in Missoula, Montana beginning in the time of World War I and ending around the first days of the Great Depression. Sons of a Presbyterian minister, the boys couldn’t be more different, with one being a brainy student falling in line with authority and the other showing a flair for rebellion. Along with Brad Pitt, the feature also starred Craig Sheffer, Tom Skerritt, Brenda Blethyn, and Emily Lloyd.

Before screenplay writer Richard Friedenberg put his spin on the script, the story was originally penned as a semi-autobiography of the same name by Norman Maclean. A critically acclaimed success, the Brad Pitt-led feature currently sits on Rotten Tomatoes with an 80% critics rating and at that year’s Academy Awards ceremony, it took home the Oscar for Best Cinematography and earned nominations for Best Original Score and Best Adapted Screenplay. During its theatrical run, the drama would rake in a worldwide box office total of over $66 million.

A River Runs Through It would mark another successful feature for actor-turned-director Robert Redford, who already enjoyed an illustrious career on stage and screen before he first turned to filmmaking with 1980’s Ordinary People. As for Brad Pitt, his career had just begun to skyrocket the year before with the 1991 release of the cinematic masterpiece known as Thelma & Louise. The very next year, he would go on to star in Kalifornia and True Romance before landing a career-defining role in Neil Jordan’s Interview with the Vampire.

If you were hoping to catch more titles on Netflix featuring Brad Pitt, you’re more than a little in luck. The streamer is currently serving up a smorgasbord of films featuring the iconic actor with titles including Legends of the Fall, Mr. & Mrs. Smith, Snatch, and Moneyball, along with several others. When it comes to Hollywood, there’s (almost) no one with more hits under their belt than the Academy Award-winning star.

While the years following his leading role in A River Runs Through It have been nothing but terrific for his career, Brad Pitt’s personal life has drawn attention from followers for all the wrong reasons. Following his much-talked-about separation and subsequent divorce from Jennifer Aniston after falling for his Mr. & Mrs. Smith co-star Angelina Jolie, the new couple fell in love, eventually tying the knot. The two would ultimately divorce, and, as anyone with two eyes has been able to see from the headline-making news, new allegations against Pitt from his ex-wife have surfaced claiming that he physically and verbally assaulted both her and several of their children.

Despite these recent claims, Brad Pitt continues to find himself cast in some of Hollywood’s biggest hits. This year alone he starred in both The Lost City and Bullet Train as well as served as a producer on Blonde and She Said. If you’re in for a well-told and heartfelt tale, be sure to check out A River Runs Through It over Thanksgiving weekend. 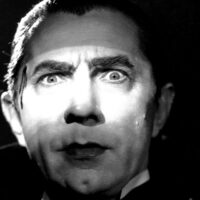