Danai Gurira has been allowed to "gently allude" that Black Panther's warrior captain Okoye will be getting a spinoff series.

Since the MCU started crossing over onto the small screen and giving popular characters like Wanda aka the Scarlet Witch, Loki, and even Agatha their own series, fans have been abuzz with who will be next in line. According to Danai Gurira, who has starred in the Black Panther and Avengers franchises as Okoye, her character may be one of the next making the jump to a series. Gurira let the info slip during an appearance on The Late Show With Stephen Colbert, in a clip that you can see below, telling the host that she was given the go-ahead to “gently allude to this possibility.”

During their chat, in which Gurira and Colbert went back and forth discussing Black Panther: Wakanda Forever and specifically the growth that Okoye goes through during the film, the late-night host asks the actress if there’s anything she can share about the “rumors” swirling about a spinoff series. While she doesn’t make any sweeping statements, Gurira says that she’s been given the green light to “gently allude to this possibility” and that that’s all she’s doing – “gently alluding.” As much of a Marvel fan as the rest of us, Colbert was blown away by even a simple statement like this one, saying that “gently alluding is the Marvel version of a full monty.”

With the Black Panther star all but dropping a release date for the Okoye spinoff series in our laps, the rumor mills are bound to be working overtime with this one. And while it hasn’t been set in stone by way of an official “Phase” announcement, word of a show about the ex-General of the Dora Milaje has been making its way around Hollywood over the last few years. Almost two years ago in spring 2021, Deadline reported that Black Panther franchise helmer, Ryan Coogler, was in fact beginning to get the wheels turning on an Okoye series.

As was mentioned during The Late Show interview, Black Panther: Wakanda Forever saw the strong and proud Okoye go through some hard-to-watch moments of grief, loss, and suffering. While the entire nation of Wakanda is mourning the death of King T’Challa (Chadwick Boseman), Okoye comes up short on a mission and is stripped of her ranking as the head of the Dora Milaje by Queen Ramonda (Angela Bassett). By the end of the film, Okoye not only redeems herself but gets some fancy new armor to help defend Wakanda from its latest threat.

While we don’t know what a Black Panther spinoff series centered around Okoye would look like, we can imagine that it would follow her on a new mission and would likely cross paths with familiar faces including Shuri (Letitia Wright) and Everett K. Ross (Martin Freeman), as well as fellow members of the Dora Milaje like Ayo (Florence Kasumba) and Aneka (Michaela Coel). Because Riri Williams aka Ironheart (Dominique Thorne) was featured in Wakanda Forever and will soon be getting her own spinoff series, there’s also a good chance that we could see her appearing in a separate Okoye project as well. While there may not be a calendar date set, with Gurira’s latest bit of information, we’re that much closer to seeing the beloved character make her way to Disney+. 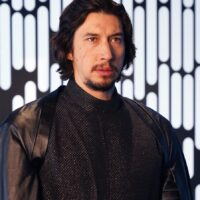 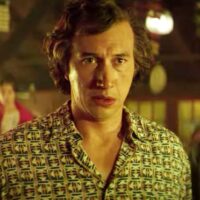