Michael P. Shawver, an editor for Black Panther: Wakanda Forever, has revealed an interesting tidbit about the film: a subplot hinting at a romance between Letitia Wright’s Shuri and Tenoch Huerta’s Namor was considered, but discarded. In an interview with Newsweek, Shawver discussed the film’s production, and the challenges they endured in the wake of the passing of star Chadwick Boseman. As fans who have seen the film already know, the finished film has some pretty dense storytelling as it is, and a romance may have been one plot point too many.

According to Shawver, an early cut of the film hinted at something between Shuri and Namor, which would have added a romantic “complexity to the relationship.” He seems to indicate that the romantic angle was not blatant in some scenes, but rather due to a natural chemistry between the two actors that came through on the screen. “There were takes where there was some connection there… we discussed ‘Hey, do we leave it there? Do we just put it out there? Let’s just add some complexity to the relationship.'”

Shawver also revealed that additional scenes were filmed exploring a possible romance, and even tested with audiences, until ultimately director Ryan Coogler and producers discarded them. That indicates that the subplot was considered much further along in the filmmaking process.

Ultimately, it was decided that the takes with that romantic intent and sexual tension wouldn’t be used, and the potential subplot was discarded. It’s probably for the best: the film had a lot to accomplish, from giving audiences a chance to honor Boseman’s memory, to introducing an iconic new character, to passing the mantle of Black Panther on. It would have been a subplot left unfulfilled by the film’s end.

There was also a concern about having Shuri appear to flirt, which could run counter to the story’s intent to establish her as a dedicated leader of her people. Chadwick Boseman didn’t have a romantic subplot as Black Panther, so it was decided that Letitia Wright’s Shuri shouldn’t have one either when she takes on the mantle of Black Panther.

“We ultimately focused on was Namor’s line ‘only the most damaged people can be truly great leaders,’ and that’s planting the seed of the shared trauma that she realizes at the end,” Shawver said. It was decided that the two characters bonded better over the burden of leading their people in the midst of personal trauma.

Black Panther 2 hardly needed any more of an emotional pull, and the film did accomplish its goals, although it could be argued that the sequel falls far short of the heights set by the original film, and Boseman’s absence left a void that will never be filled.

Fans are embracing the film, however, since its November 11 release, as Black Panther 2 has grossed over $367 million domestically and over $676 worldwide, according to Box Office Mojo. It has also scored well with critics, with an 84% on Rotten Tomatoes. Audiences rate it higher, at 94%.

The film has been successful enough that Marvel is reportedly already planning a Black Panther 3, although it has not been officially announced. 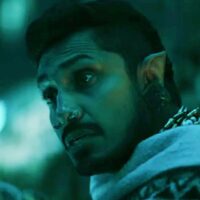 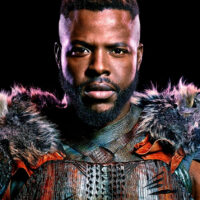