Rumor is that Black Adam may be banned in China because of Pierce Brosnan supporting the Dalai Lama.

Sticking with the theme of putting the kibosh on superhero movies, China is rumored to be moving to ban DC’s recently released feature, Black Adam. The center of the allegations stem from a Small Screen report, so this could be all speculation, but if the rumors are to be true, Black Adam won’t be making its way to the country due to the fact that leading cast member, Pierce Brosnan has been known to don the insignia of the Dalai Lama. For those who may not be quite up on the clashing of politics, we’ll try to get you there.

Essentially, many people living in Tibet during the 1950s found themselves practicing a different form of Buddhism than others living across the country. After clashing with communist China’s anti-religious views and legislation for years, 1959 brought about a violent and bloody revolt that saw the Dalai Lama fleeing the country for his life. With this background, the fact that Pierce Brosnan is donning the Dalai Lama’s sigil is leading to the claims that Black Adam will not play on screens across China.

If the allegations are true, Black Adam will just be the next title in a long list of features that never made it to China’s movie theaters. Over the last year alone, the country has blocked a number of superhero-centered films from distribution including The Batman, Shang-Chi and the Legend of the Ten Rings, Spider-Man: No Way Home, and Doctor Strange in the Multiverse of Madness – are you recognizing a pattern here?

Lucky for the studio heads behind Marvel and DC, the rest of the world has wholly embraced their stories, so despite losing the box office money in China, they’re still raking in the dollars in a big way.

Along with films like Doctor Strange in the Multiverse of Madness and, now allegedly, Black Adam, China has made moves to nix other titles that haven’t been up to their guidelines. Blockbusters like the Tom Cruise-led Top Gun: Maverick and the animated Lightyear faced backlash from the country for censoring guidelines that both films ultimately decided to stick to their guns on.

Like all of these films, it’s unlikely that if the allegations are true that Black Adam will take a major box office hit from its potential blocking in China. Hitting theaters back in late October, the feature has already drummed up somewhere around $262.9 million in global box office sales up against its $200 million budget. Still playing in theaters around the world, this is just the beginning for the superhero franchise led by Dwayne Johnson.

A spin-off of 2019’s Shazam!, Black Adam centers around the titular anti-hero as he goes on a mission of vengeance after being locked away for 5,000 years. The Jaume Collet-Serra-directed film also stars Aldis Hodge, Noah Centineo, Sarah Shahi, Marwan Kenzari, Quintessa Swindell, Mohammed Amer, and Bodhi Sabongui.

If the allegations that Black Adam won’t be making landfall in China are true, mum’s been the word for Dwayne Johnson, Pierce Brosnan, and the rest of the cast and crew who have not made any specific statements surrounding the feature’s overseas plans. 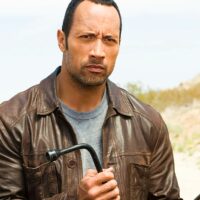