It’s been thirty years since the original two Bill & Ted movies and we are beyond due for an update with the time traveling slackers. Enter Bill & Ted: Face The Music, the Bill & Ted follow-up we all didn’t know we wanted.

With such a long wait between films, it’s hard to believe we’re getting a new movie, and that it’s not a reboot. But it’s true. This is the third movie in the franchise and a continuation of the tale of Bill and Ted’s adventures.

So who can we expect to see? Well, a whole lot of people. We have all the details about what the guys are up to now that they’re in their 50s and you can expect when Bill & Ted 3 hits theaters.

The first full trailer for Bill & Ted Face The Music is here! Watch it below…

One of the many casualties of the Coronavirus lockdown and subsequent riots has been the loss of school life for kids around the country. It means that High School seniors graduating in 2020 won’t get a graduation. So, San Dimas High School’s most famous alums put something special together for this year’s graduating class.

I want you to put your hands together. Here they are, my friends, Bill S. Preston and Ted “Theodore” Logan… Wyld Stallyns!

To celebrate the impending release of their movies, Bill and Ted are wearing… tuxedos? They’ve dressed up for something, maybe a wedding, in this new image released by Empire from the movie…

Bill & Ted Face The Music also released this most excellent teaser which asks us all to be excellent to each other. Watch…

To go along with the teaser there’s a still version, turned into a poster. Check it out…

The Minds Behind Bill & Ted 3

The original writing team behind both Bill & Ted’s Excellent Adventure and Bill & Ted’s Bogus Journey is back for the third installment. Chris Matheson and Ed Solomon have been pushing to have this film made for the past decade, with a script waiting for the right funding to get this movie made.

In the years since working on the Bill & Ted movies, Chris Matheson has written screenplays for films like A Goofy Movie and Rapture-Palooza. Ed Solomon wrote the first Men In Black film, Charlie’s Angels (2000), and Now You See Me.

New to the Bill & Ted world is Dean Parisot, added as Face the Music’s director. In the past, he’s been known for his work directing Galaxy Quest and Red 2, which speaks to an ability to come into an existing franchise to create a sequel and to take on a science fiction comedy.

Yes, this is a third film in the series for Bill & Ted, not a reboot, and our favorite time traveling dudes will be returning as their characters in the film. Alex Winter is back as William “Bill” S. Preston Esq and Keanu Reeves is again Theodore “Ted” Logan.

William Sadler is also back, reprising his role as Death from the second movie Bill & Ted’s Bogus Journey. We’ve seen him in official photos released from the film like this one…

When asked about what it was like returning to play Death William Sadler had this to say: “The spirit of the original movies is all there. All the fun came back instantly — not just for me, but for the Keanu and Alex too. My knees aren’t as good and the body is a little creakier, but the minute we put on the make-up and the robes it was as if The Reaper had been trapped in a bottle for 30 years, and as soon as we pulled the cork off he came flying out and started improvising just like I did back in Bogus Journey.“

In the two original films, Bill and Ted had a mentor named Rufus who played an important role in the story. Comedian George Carlin, who played Rufus, passed away in June, 2008. While we won’t see his character in the movie, it’s been said that his absence will be felt. In fact, writer Ed Solomon has said that his absence will be part of the story for Bill & Ted Face the Music.

Talking to Fandango Solomon revealed two of the ways they’ll pay tribute to Carlin in Face The Music. First, there’s a character named Kelly who is named after George Carlin’s daughter. They don’t give us any more specifics than that, but I’m hoping she’s connected to Rufus in some way.

Second, apparently a more specific Rufus connection will be made in the film via Ted’s infamous watch which he forgets to wind in the first movie. The watch will somehow reveal a message from Rufus which says, “Sometimes things don’t make sense until the end of the story.”

There will likely be other Rufus connections and George Carlin Tributes in Bill & Ted Face The Music, those are just the two we know about now. It’s good to know his iconic character will still be part of the story, in some way.

Bill and Ted have now grown up. They’re married adults in their fifties and have two daughters: Thea Preston, played by Samara Weaving, and Billie Logan, played by Brigette Lundy-Paine. From those names, it seems that Bill and Ted named their children after each other. In the photos released for the film, the daughters can be seen wearing outfits reminiscent of Bill and Ted’s past outfits, though in a more modern way.

Jillian Bell hs joined the cast as Dr. Taylor Wood, a couples therapist for the families. Bell previously starred as the title character in Brittany Runs a Marathon. A new “time traveling emissary” named Kelly will be played by Kristen Schaal of Bob’s Burgers, The Last Man on Earth, and Flight of the Conchords.

The role of “the most powerful person in the universe”, aka The Great Leader, will be played by Holland Taylor. Taylor has previously been known for her work in Legally Blonde, Two and a Half Men, and The L Word.

Also joining the cast is Kid Cudi. He is mostly known as a rapper, but has previously taken to the screen in the television series How to Make it in America and the film Jexi. As for what role Kid Cudi will be playing in the movie, Dean Parisot told Entertainment Weekly: “He gets mysteriously thrown around through various times, because all time and space is coming unglued.”

Don’t be surprised if Bill & Ted Face the Music throws in a few celebrity cameos we don’t know about yet, once the movie unspools.

The Plot Of Bill & Ted Face The Music

Bill and Ted have a major destiny issue that has yet to be resolved. Speaking to Entertainment Weekly, Matheson (one of the writers) brought up the pairs great destiny. At the end of the first film, Rufus (their mentor played by George Carlin) told Bill and Ted that someday their music would turn the world into a utopia. Try writing songs when you know they’re supposed to bring about world peace. About their pressure, and their destiny, Matheson said, “And now you’re 50 and you haven’t done it. Now they’re married, and it affects their marriages, and it affects their relationships with their kids, and it affects their everything.”

So this is where Face the Music is going to find our favorite time-traveling dudes? They’re middle aged, married, have children, and still writing music. But where is this utopia they’re responsible for creating through their music? What are they supposed to do to save the world?

A visitor from the future will show up. With the help of their family, friends, and music legends, they’ll be working toward that rock and roll utopia they’re supposed to save the world.

The question, of course, when making a film with such a large gap between installments is whether this movie will be able to hold up the same style and level of enjoyment the first two offered. When asked about this, Solomon said that this next movie is “like A Christmas Carol with Bill and Ted, looking at their lives, and really kind of rediscovering what they’re about.”

Sounds like there’s nothing to worry about there, unless of course you love baby seals. In which case, you’re in for a wild ride.

Face The Music In Production

Filming began at the beginning of July, 2019 and ended August 24th, 2019. The crew posted quite a bit on social media giving updates on how it was coming along. The cast and crew have been very positive about where they think it’s all going.

It must feel like a victory to get the film actually made. The writing team behind Bill & Ted Face the Music has been working toward funding for nearly a decade.

About the experience, Alex Winter (the actor who plays Bill) says: “The whole trajectory of getting the next one-off the ground has been pretty much exactly like the experience of getting the original… Going to every studio, and they’re like, ‘What the eff is this?’ It’s this kind of independent spirit, and the films have an anachronistic quality to them that’s a big part of what they are, fundamentally. I’m really happy that this one is the same. It doesn’t feel like some stale knockoff that a studio would have immediately gone, ‘Oh, this feels right. We have rebranded very successfully.’”

When Will Bill & Ted Face The Music Be Released?

Long before Bill & Ted Face The Music Keanu Reeves gained reputation as one of the nicest people in Hollywood and now he’s also one of the most famous. But back in 1992, fresh off making the Bill & Ted’s Bogus Journey, he was still a struggling actor. Normally struggling actors will do just about anything to make a name for themselves, but not Keanu Reeves. He was still the nicest person in Hollywood, even back then.

We know that because Winona Ryder has vouched for him. In 1992 she starred opposite Keanu Reeves in Bram Stoker’s Dracula, a film that went on to win awards but for which both Ryder and Reeves were criticized for giving terrible performances. The movie’s director, Francis Ford Coppola, had a plan to make their performances better but Keanu Reeves was too nice to go along with it.

Here’s how Winona told the story to EW: “To put it in context, I’m supposed to be crying. Literally, Richard E. Grant, Anthony Hopkins, Keanu. Francis was trying to get all of them to yell things that would make me cry, but Keanu wouldn’t, Anthony wouldn’t. It just didn’t work. I was like, ‘Really?’. It kind of did the opposite.”

Even back then Keanu Reeves was too nice to make people cry. Bill & Ted Face The Music‘s star really is the nicest guy in Hollywood. 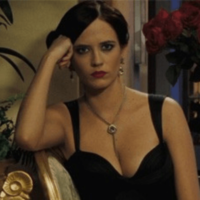