After an allegation that the actor sexually harassed a crew member on the set of Being Mortal, even more allegations are surfacing from the likes of Geena Davis, Seth Green, and Rob Schneider.

Bill Murray’s time in at least every other Wes Anderson film may soon be coming to an end. After allegations Bill Murray sexually assaulted a young crew member on the set of the now suspended Being Mortal, the actor is in danger of being canceled. Allegations of similarly scandalous behavior–ranging from the questionable to the outright criminal–have surfaced, going back decades.

As Deadline reports, Murray has reportedly agreed to a $100,000 settlement to a “much younger” crew member from Being Mortal who claimed that the actor kissed her without her consent and even “straddled” her. Coming shortly afterward was the release of Geena Davis’s memoir Dying of Politeness in which the actress claims Murray not only screamed at her during the making of the 1990 comedy Quick Change in front of hundreds of people, but repeatedly insisted on using a back massager on her in spite of her refusals. She also recalled Murray trying to pull down the spaghetti strap on her dress during their appearance on The Arsenio Hall Show.

If claims that he verbally abused and sexual harassed a co-star wasn’t enough to get Bill Murray canceled, how about allegedly attacking a child? Last week Seth Green appeared on Good Mythical Morning, and accused the Ghostbusters star of dropping him in a trash can backstage during the production of a 1981 episode of Saturday Night Live, when Green was only 9 years old.

Green said the trouble began when Murray insisted he get off the arm of what the older actor called “his” sofa. When the young Green refused, Murray picked the boy up by his ankles and dangled him upside-down over a trash can, saying, “The trash goes in the trash can.” Green says Murray dropped him in the trash can moments later, and that regular SNL cast members at the time Eddie Murphy and Tim Kazurinksy had to give him something of a pep talk to get him to perform.

Deadline adds Rob Schneider to the list of names that have come forward to say unflattering things about Bill Murray. Far from being things that would get the Rushmore star canceled all on their own, Schneider was a bit more vague about his experience. He said simply that Murray expressed “naked rage” toward the newer SNL cast when he guest hosted in 1993.

According to Schneider, Murray had bigger problems with specific cast members. “He hated Chris Farley with a passion,” Schneider said. “Like he was just seething looking at him.”

If Bill Murray does get canceled, really the biggest mystery will be why it didn’t happen years ago. While the sexual assault allegations against him are new, there is absolutely nothing new about the What About Bob? star causing trouble behind the scenes. There have been reports of Murray getting into physical altercations with Chevy Chase during the early days of Saturday Night Live, with the late Harold Ramis during production of Groundhog Day, and with Lucy Liu while 2000’s Charlie’s Angels was being made.

And of course, there’s his decades-old creepy habit–confirmed by both Kelly Lynch and Murray himself–of Murray and his brothers calling Kelly Lynch’s husband (including in the middle of the night) every time they watch Lynch’s love scene with the late Patrick Swayze in 1989’s Road House. 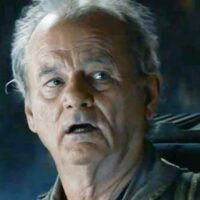 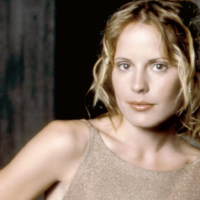 Emma Caulfield: How The Buffy Star Joined The MCU