It’s been three years — three long years — since fans of HBO’s dark comedy Barry have had the chance to watch new episodes of the series. And now, pandemic be damned, Bill Hader is finally back in a role he was born to play. Barry returns to HBO on Sunday, April 24 and the teaser trailer for the new season just dropped. You can watch it below.

Now it’s clear the former hitman and current wanna-be actor played by Bill Hader is still going to have some challenges on the way from external sources. There’s his ex-handler Fuches (Stephen Root) who will no doubt continue to be as much of a treacherous snake in the grass as he’s always been. There’s all the gangsters who probably wouldn’t mind taking a chunk out of Barry for all the blood he’s spilled. And of course there’s Henry Winkler’s Gene Cousineau who may or may not know that it was Barry who murdered his lover Janice (Paula Newsome). But according to the show’s official description (via THR), a lot of Barry’s new challenges will come from the inside. The new season will force the titular killer to turn further inward than ever before to explore what made him a professional button man.

During a virtual press event, Barry co-creator Alec Berg said what he’s excited about in the new season is the expanding central irony of the series — that it’s essentially about all the bad things that happens to a man when he stops doing all the bad things he used to do. “All of the wreckage of seasons one and two … all goes back to his decision to become an actor,” Berg said. “I really enjoy the fact that everything that happens in the show is a consequence of Barry wanting a better life, and every bit of that better life he’s trying to achieve has led to all this chaos.”

In the premiere episode of Barry, Bill Hader’s character is hired to kill Ryan Madison (Tyler Jacob Moore) — a personal trainer and aspiring actor who’s made the horrible mistake of carrying on an affair with a Chechen mobster’s wife. While researching his target, Barry follows Ryan to his acting class and is inexplicably inspired by what he sees. So inspired, in fact, he ultimately decides to leave the professional hitman business behind and do his best to become a professional actor.

But what was it Al Pacino says in The Godfather: Part III? “Just when I thought I was out, they pull me back in.” The Chechen mob wants to pull Bill Hader back in. Fuches, his handler, wants to pull Barry back in, because Barry is the burnout’s meal ticket. Even Janice, without knowing it, pulls him back in by getting too close to the truth about what he’s done.

Now season 3 of Barry is poised to show us what new hands will be grasping at the Bill Hader character to make sure he can’t leave his dark profession without suffering dire consequences. Not to mention it’s sure to bring us plenty of the same laughs from characters like Henry Winkler‘s brilliantly played Cousineau and Anthony Carrigan’s NoHo Hank. Sunday, April 24 will be an excellent day for fans of great TV. 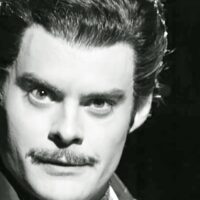 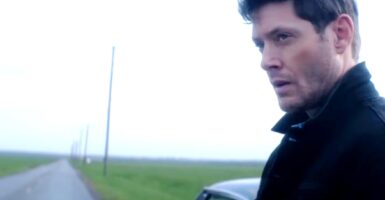 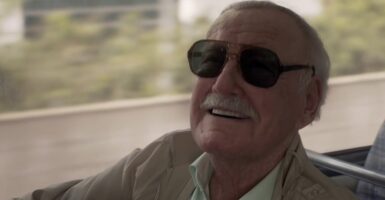 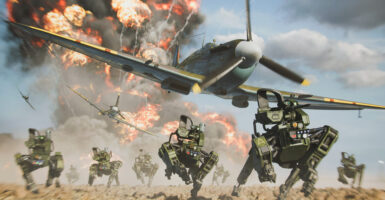