Big Trouble in Little China James Hong doesn't think a remake is necessary, but would like to be cast in it.

Speaking with ComicBook.com, Hong discussed whether he’d like to see Big Trouble in Little China return. Hong played David Lo Pan, an ancient Chinese sorcerer whom Emperor Qin Shi Huang cursed in the original film. Although the actor wholeheartedly believes Hollywood should leave the Carpenter classic alone, he joked that he would like to appear in a remake and do something “spiritually” like how the Star Wars characters come back and “do a reprieve of some kind.”

Hong then joked that Lo Pan is a “huge part of the first” Big Trouble in Little China and suggested that it would be difficult to forget his character. The original film centered on a truck driver named Jack Burton, who was played famously by Kurt Russell. Burton goes on a journey to rescue his friend Wang Chi and his finance from bandits in San Francisco’s Chinatown. Along the way, they encounter Lo Pan, who requires a green-eyed woman to marry him in order to release him from a centuries-old curse.

Despite Big Trouble in Little China being a film many cinephiles enjoy watching, it actually didn’t perform well at the box office. The film was considered a financial failure having only managed to gross $11.1 million. It was made for an estimated $19 to $25 million.

After the commercial failure of Big Trouble in Little China, Carpenter became disillusioned with Hollywood and decided to make independent films for the rest of his career. While Carpenter had a rough time dealing with the public reaction to his film, it has since enjoyed a resurgence on television and home video. Empire Magazine named it the 430th film in their 500 Greatest Movies of All Time list.

Big Trouble in Little China inspired many of today’s film and television projects. Director Taika Waititi even cited the Carpenter film as one of the influences for Thor: Ragnarok. The film was also referenced in the season 2 episode of Rick and Morty titled “Big Trouble in Little Sanchez.”

Dwayne Johnson reportedly has been trying to get a Big Trouble in Little China remake happen since 2015. Carpenter doesn’t seem too happy about the concept, explaining in an interview in 2018 with CinemaBlend(via ComicBook.com) that he thinks the studio “want a movie with Dwayne Johnson.” He admitted the original “wasn’t a success” and stated the studio doesn’t care about his movie.

Regardless, Big Trouble in Little China may still be on Dwayne Johnson’s bucket list. The actor is perhaps the biggest name in Hollywood, with many connections and influences. After the release of Black Adam, Johnson may be looking to headline another major blockbuster.

Whether or not Big Trouble in Little China is his next major blockbuster remains to be seen. 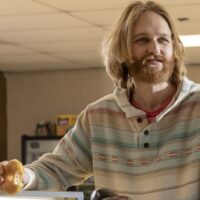