One of the funniest yet ultimately brutal storylines in Better Call Saul is the main character’s full-fledged assault on the reputation of Howard Hamlin (Patrick Fabian). By the time Jimmy McGill (Bob Odenkirk) is done with Hamlin, he has the guy’s legal partners and clients thinking he’s strung out on drugs and regularly assaulting sex workers. Watching the con unfold is hilarious, but in the end making Howard Hamlin look like something he isn’t has tragic consequences. Now a large tax preparation company is accusing Better Call Saul of likewise portraying as something they aren’t.

On Tuesday The Wrap reported Liberty Tax had filed a lawsuit against the producers of Better Call Saul, AMC Networks, and Sony Pictures for “trade dress and trademark infringement.” Liberty Tax’s accusations refer to the second episode of the show’s sixth and final season, in which two embezzlers return to the series, running the criminal business Sweet Liberty Tax Services. The suit reads “Out of all the names Defendants could have used for the tax business portrayed in Episode 2, they decided not to be original at all, but instead rip off the famous Liberty Tax trademarks, which have been used for over 25 years, and mimic an actual Liberty Tax location just by adding the word ‘Sweet’ in front of Liberty Tax’s trademark.” The suit further claims that the show’s depiction of Sweet Liberty has damaged Liberty Tax with “dilution, defamation, disparagement, and injurious falsehoods.” So far there’s been no public response from the defendants. You can see a screenshot of the fictional company from Better Call Saul below, followed by Liberty Tax’s logo from their official website.

As soon as Sweet Liberty Tax Services shows up in Better Call Saul, we know we’re dealing with a dishonest business because of who’s running it. Sweet Liberty is run by Betsy and Craig Kettleman, who were pivotal characters in the show’s inaugural season. When we first meet Craig Kettelman (Jeremy Shamos), he’s the treasurer of Bernalillo County who’s accused (and guilty as sin) of embezzling $1.6 million. They’re the absolute last people you want running a business — and certainly not one that deals directly with other people’s money — and the newly renamed Saul Goodman (Odenkirk) wants them to get even more crooked for his benefit.

It may seem strange for a fictional TV series to be accused of defaming something from real life, but Better Call Saul is far from the first series to deal with such accusations. Last year, chess grandmaster Nona Gaprindashvili filed a defamation suit against Netflix, though in that case things were a bit different. Gaprindashvili is mentioned by name in Anya Taylor-Joy’s hit series The Queen’s Gambit. An actor playing a chess commentator compares Taylor-Joy’s character to the real life Gaprindashvili, saying the latter “has never faced men.” In fact not only did she face and defeat men in chess matches, but by 1968 she’d bested a total of 59 men in chess and 28 of those matched against her in the same game. 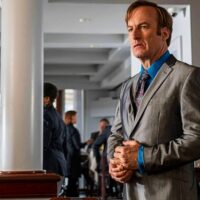 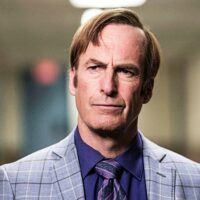 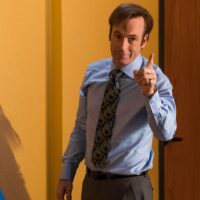