Breaking Bad and Better Call Saul are arguably two of the best shows ever made, and now the creator of those shows has announced they are working on the next series.

After next Monday, we’ll all have to live in a world with no new stories from the Breaking Bad/Better Call Saul universe. Thankfully, creator Vince Gilligan promises he has other stories to tell, although none will follow the meth trade in Albuquerque, New Mexico. With the series finale of Better Call Saul due to hit AMC, Gilligan is already prepping his next big series, and according to MovieWeb, it may revisit the genre of the show that put him on the map: The X-Files.

In an exclusive report by Deadline, Vince Gilligan is developing a new series quite unlike Better Call Saul, and more akin to The X-Files, where he served as a writer and executive producer for 127 of the series 217 episodes. “It could not be more different than Breaking Bad and Better Call Saul,” he said in a recent Q&A this week for AMC. “I’m hoping it sells and I’m hoping people like it.” Although specifics are scarce, the new series is described as a “blended, grounded genre drama comparable to The Twilight Zone. Set in our world with a few tweaks, it focuses on people and explores the human condition in an unexpected and surprising way.”

Since Vince Gilligan is one of the few TV show creators whose name has a loyal fan base, it should come as no surprise that his next project will be the subject of a bidding war from eager networks. Deadline reports that at least eight to nine networks will be meeting with Gilligan to hear his “pitch,” which is still being developed. Unlike The Twilight Zone, the series will not be episodic in structure (with stand-alone stories), but like Better Call Saul, will have an overreaching story arc that will play out over at least a couple of seasons. Gilligan himself is writing story material for the pitch for the networks to read exactly what sort of X-Files-like “hook” he has planned.

In a recent interview with Rolling Stone, Gilligan didn’t completely shut the door on a follow-up to Better Call Saul or the characters featured in Breaking Bad, which starred Bryan Cranston as a meth-dealing high school teacher. He just isn’t keen to revisit it anytime soon. “Yes, I could do more with this universe. And maybe someday I will,” he said. “Whether there’s more room to grow or not – and there probably is – I feel like it’s time to do something new.” Even after 14 years, two shows with 125 episodes, and a Netflix spinoff movie (El Camino: A Breaking Bad Movie), there is still material for another spinoff (fans are pushing for a Gus Fring series), but Gilligan is eager to go in a different direction. “As bittersweet a thing as this is to say, I’d like to take a break from the Better Call Saul/Breaking Bad world because we have three additions to that world I’m very proud of. I don’t want to press my luck,” he said this week.

Fans who are skeptical about Vince Gilligan’s potential follow-up need only remind themselves of where he stood professionally after the series finale of Breaking Bad aired in September of 2013. The epic conclusion to that series left fans wanting more, and yet, when Better Call Saul aired its first episode in February of 2015, expectations were low. Saul Goodman (played by Bob Odenkirk) was not the first character choice from fans who wanted a spinoff. However, the show (a prequel story set before the events in Breaking Bad) surprised everyone, despite a somewhat slow start. The personal journey that turned underachieving lawyer Jimmy McGill into Saul Goodman exceeded expectations. The final season, which saw the Better Call Saul timeline “catch up” to the Breaking Bad timeline and its characters, has been well received. And now, fans await the next big thing. 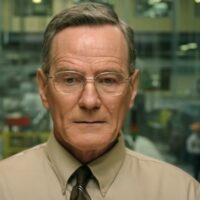 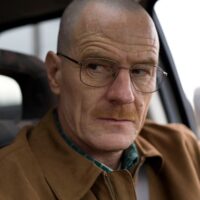 Bryan Cranston Was In The X-Files, See Who He Played 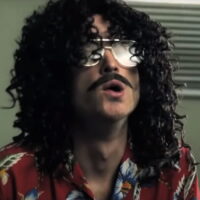 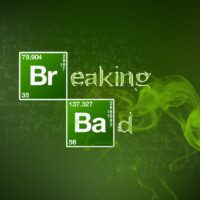