With Better Call Saul wrapping up the series in its sixth season, the big question has been around whether we will see even more Breaking Bad folks work their way into the mix before it’s all said and done. Seeing as how the timelines for the two series do intersect, and one is a prequel for the other, this would make sense in the grand scheme of things. But narratively, would it play, and would the respective actors and actresses even be available? Well, we might *finally* have our answer about seeing the Breaking Bad’s dynamic duo of Bryan Cranston and Aaron Paul.

In a brief interview with Variety, Breaking Bad and Better Call Saul co-creators Vince Gilligan and Peter Gould did talk about the possibility of Cranston and Paul showing up as Walter White and Jesse Pinkman respectively. While Gilligan was a bit tongue-in-cheek with his answer, it sure does seem like things are setting up for the two to appear at least in some fashion. While he didn’t give a definitive answer on this front, what Gilligan had to say seemed at least confirmation adjacent when he told Variety, “It would be a damn shame if the show ended without (Cranston and Paul) appearing, would it not?.. You heard it here first.”

And then, as if to follow up on the speculation about whether more Breaking Bad folks would work their way into the final moments of Better Call Saul, series star Bob Odenkirk doused a little more gasoline on the rumor fire. He was also interviewed at the Season 6 premiere party and was asked about what fans would be most surprised about from this last set of episodes. Odenkirk, ever the showman didn’t give much of an answer, but it left the door wide open for what could happen. Check it out:

Two words? Could those two words be “Walter White”? He followed up by remarking that this season of Better Call Saul would want to make fans return for a rewatch of Breaking Bad. While he didn’t elaborate, it’s easy to see why. The prequel series has only reinforced narratives from the original show and shone new light on some of the characters and their motivations. A complete character study, just like its predecessor, the series gives us almost complete insight into what made those side characters from Breaking Bad tick as well as how all of the pieces worked their way into place for the first show.

Better Call Saul, as a series, seemed like a stretch when it was first proposed considering we already had a sense of how things turned out for the main characters by the end of Breaking Bad. But Vince Gilligan, Peter Gould, Bob Odenkirk, and company have given us another masterpiece, this one drilling down on just how Jimmy McGill/ Saul Goodman was the first one to actually break bad within this world. All five seasons were nominated for Primetime Emmys in the Outstanding Drama Series, Outstanding Lead Actor, and Outstanding Writing for Best Drama categories.

The sixth season of Better Call Saul will debut on AMC on April 18th. It might not be long until we see Bryan Cranston, Aaron Paul, and maybe some others. 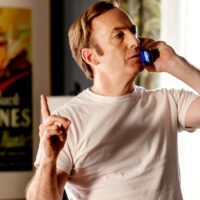 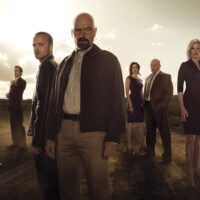 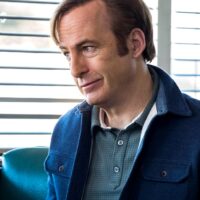