With Christmas fast approaching, the holiday spirit should be in full effect. Chestnuts roasting, fireplaces roaring, jingle bells jingling, present wrapping and hopefully, a little downtime to enjoy the holiday season. To get in the Christmas spirit, you’ll need the right viewing experience. That means you’re probably surfing Netflix looking for the best Christmas movie. We’re here to help. These are the best Christmas movies on Netflix, as reviewed by average scores from critics.

The story of this Netflix Christmas movie follows Jesper, a lazy postman, who has been sent by his father to a distant island with the task of posting 6,000 letters. With the island’s inhabitants constantly fighting with each other, the job is going to be difficult at best. While trying to come up with a solution, Jesper spots a house on his map outside of town. His visit there finds a recluse named Klaus and a house filled with toys. The two become an unlikely pair delivering toys to the town. Jesper now has the idea of having the kids write letters to Klaus asking for toys, helping him with his 6,000 letters.

Netflix has a huge hit with Klaus, a fun, funny, holiday movie with a lot of heart. It’s the absolute best Christmas movie on Netflix.

This Netflix original Christmas movie is based on a young adult novel that by three authors: Maureen Johnson, John Green, and Lauren Myracle. When a snowstorm hits on Christmas Eve, the lives of high school students in a small town are tested. Julie has a scholarship to Columbia University. Her mom is deathly ill but if Julie delays in leaving, she will lose her scholarship. A cheerleader and a waitress try to figure out how to deal with their potential relationship.

Let It Snow offers the right amount of Christmas cheer as these young adults’ deal with life, love, and loss. Critics seem to agree and rank it as the second best Christmas movie on Netflix.

In Get Santa, Santa is in trouble after crashing on a test drive of his new sleigh. His reindeer are put in lock up and he goes into hiding. But amidst Santa’s efforts to break out his reindeer, he’s captured by the police and hauled off to prison. What can go wrong with Santa in prison? It’s up to a father, an ex-con himself, and his son to try to figure out how to help Santa get out of the clink.

Nothing says Merry Christmas more than a whimsical Christmas tale offering a father and son trying to reconnect, also there’s Santa in prison and flatulating reindeer. Your mileage may vary but it’s more than good enough to make this the third best Christmas movie on Netflix.

White Christmas is a beloved Bing Crosby Christmas classic about two war buddies (Crosby and Danny Kaye) who fall for sisters and end up following them to a resort. This resort is owned by the buddies’ former commanding officer, who is in danger of losing the resort. To help their old commander save his resort, they put on the ultimate Christmas show.

This is without question one of the all-time Christmas classics features the wonderful rendition of White Christmas, sung by Bing Crosby. It’s amazing that critics don’t rank it any higher than fourth among the best Christmas movies on Netflix.

This Netflix original with plenty of Christmas spirit tells a familiar story with a different backdrop. The Princess Switch is about a Chicago baker and a soon-to-be princess who discover they are identical and then create a plan to switch places.

A Netflix original Christmas movie (yes, there are a few on this list) with a Hallmark Channel feel to it. This one finds a New York Journalist (Rose McIver) as she travels to Eastern Europe for Christmas to do a story on the dashing prince who’s to become King.

Lots of love and holiday romance are on display in this familiar but overall heart-warming story. Given that Netflix doesn’t exactly have a load of classic Christmas movies available in their library it’s enough to rank this in the upper half of our best Christmas movies on Netflix list.

THE KNIGHT BEFORE CHRISTMAS

The Knight Before Christmas is the second Vanessa Hudgens-led Netflix original on our list. This one tells the story of a 14th-Century Knight transported by magic to modern-day Ohio. Upon his arrival, he meets and falls for Brooke, a high school science teacher (Hudgens), who has become disillusioned by love. Brooke helps Sir Cole understand his new surroundings as he tried to fulfill a mysterious quest, the one that will return him to his time.

From here on out the critical scores from these movies on our best Christmas movies on Netflix list start dipping below a passing grade, be ready for decreasing quality in what follows.

Kurt Russell is Santa Claus in this action-adventure Netflix original Christmas movie offering plenty of holiday spirit. Two young kids plan to catch Santa on camera goes terribly wrong as they end up crashing his sleigh. They now must work with a straight-talking Santa to save Christmas from the damage they have created.

Another reimagining of the Dr. Seuss Christmas classic finds Benedict Cumberbatch taking on the voice role of the Grinch. The Grinch story has a few changes: this time the Grinch’s plan to steal Christmas is because the Who’s plan to make their Christmas celebration three times bigger than the previous. Meanwhile, little Cindy-Lou-Who is on a mission of her own as she plans to, with the help of her friends and at the Grinch’s urging, trap Santa so she can talk to him about her overworked mother.

It’s a fun take on the classic, light and innocent with just enough new in it to keep it fresh for the young ones. It made big money in theaters and it’s not only one of the best Christmas movies on Netflix it’s the best Grinch movie on Netflix.

HOW THE GRINCH STOLE CHRISTMAS

This Ron Howard directed Grinch film can’t be dinged for lack of effort. Jim Carrey went above and beyond and well over the top as the Grinch in this visually stunning retelling of the Christmas classic. Staying as close as possible to the Dr. Seuss story, Carey’s Grinch is just as moody and comically miserable as one would expect. The effects are magical and Carey himself pulls off a great rendition of “You’re a Mean One.”

This film always gets mixed reviews and feelings, as the critics score expertly reflects that, even if it is one of the best Christmas movies available on Netflix.

A CHRISTMAS PRINCE – THE ROYAL WEDDING

This Netflix original and is a follow-up to A Christmas Prince. In this sequel, we catch up with our Princess to be a year after she helped her Prince secure his crown. She has returned to plan their wedding but begins to have doubts about her abilities to be Queen. A political crisis threatens to not only ruin the holiday season but also the future of the Kingdom.

The reviews scores assigned to this movie suggest that it is, in fact, not good at all. The same is true of almost every movie that follows on this list. Unfortunately, if you’re sticking with Netflix for your Christmas movie needs instead of jumping over to another service like Disney Plus, then this is as good as it gets. This is still one of the best Christmas movies on Netflix.

HOLIDAY IN THE WILD

Christmas in Africa. This charming Netflix original stars Kristin Davis as Kate, a wife who has booked a second honeymoon for her and her husband. When her husband instead ends the marriage, Kate goes anyway. There she meets pilot Derek Holliston (Lowe) where they team up to rescue a baby elephant. Kate extends her trip through Christmastime to help nurse the baby back to health while trying to fight her developing feelings for Derek.

It appears Netflix has attended the Hallmark Christmas Movie School.  Borrowing from similar themes, Christmas Inheritance is about a rich party girl who, to inherit her father’s company, must travel to his small hometown to deliver Christmas letters. She needs to prove to her father that she can handle business on her own. She arrives with the town not knowing who she is and ends up stuck there for Christmas by a snowstorm. Along the way, she meets a cab driver who helps teach her about love, family and the Christmas spirit. But is it enough?

It’s enough to make this poorly reviewed film one of the best Christmas movies on Netflix.

Grimes is the trigger in this story as he finds himself on a journey to find the father he never knew. Landing in El Camino, Nevada he is mistaken for a drug dealer by local dimwitted police and ends up stuck in a liquor store hold up with five others on Christmas Eve.

This is not an in your face Christmas movie but offers enough heart and smiles for the Christmas season.

DISNEY’S THE NUTCRACKER AND THE FOUR REALMS

A rare Disney movie that still calls Netflix its home, this live-action flick is based on E. T. A. Hoffmann’s short story The Nutcracker and the Mouse King. Big names fill this story, showing up at various points in this holiday classic. Morgan Freeman, Keira Knightley, Helen Mirren, and Richard E. Grant help Mackenzie Foy’s Clara travel through the Four Realms as she searches for a key to a box that holds a gift from her late mother.

Once again, a Netflix holiday original, The Holiday Calendar finds a young talented but struggling photographer who inherits an antique Advent calendar. This Advent calendar is special though, as it seems to have the ability to predict the future and these predictions are steering her directly toward love.

I wonder if that Advent calendar could have predicted a 33% effort would end up as one of the best Christmas movies on Netflix.

This fun animated Netflix Christmas movie is set at the North Pole. When the reindeer Blitzen suddenly announces his retirement from Santa’s team, Santa must find a replacement and fast. Miniature horse Elliot has always dreamt of helping pull Santa’s sleigh, but he faces to large problems. One, he is a miniature horse and two, he is a miniature HORSE. With odds stacked against him, Elliot will give his all to become the littlest reindeer.

This is last of the best movies on Netflix. Everything else you’ll find is, believe it or not, much worse. We know, not many big movies on the list, but Netflix has jumped into originals full steam ahead and by all accounts has some very enjoyable Christmas movies. Sit back, grab some eggnog, tune into Netflix, and enjoy the Christmas season!

I Am Not Okay With This Review: It May Be The Best Show On Netflix 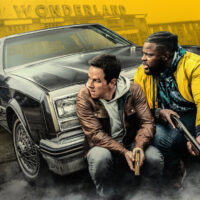 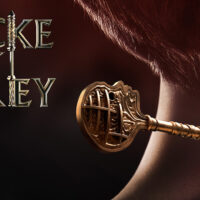