Benedict Cumberbatch has revealed that he had a part in rewriting the scene in which he faces off against his evil variant in order to make the movie darker.

While we may not have been able to see Daniel Craig as Thor’s brother or a younger version of Benedict Cumberbatch in Doctor Strange in the Multiverse of Madness, fans may not know that they saw parts of the story written by the actor behind the titular man in the cape. According to an interview with Prestige, Cumberbatch had a hand in penning some of those darker scenes in the film that dropped last spring. In fact, the way he tells it, the Sherlock actor is the primary reason the movie didn’t take a lighter turn during that fight scene between Strange and his zombie counterpart.

For those who may not remember or perhaps haven’t seen it because it’s a hard scene to forget, Doctor Strange 2 introduced us to several different versions of the time bending doctor, eventually dropping an evil Strange into the storyline. The fight-to-the-death battle between the two featured lots of wild moments including razor sharp weapons and magic being used as well as a wacky fight with literal music notes, all set to a score by none other than Danny Elfman. During his interview, Benedict Cumberbatch revealed that he helped craft this scene, even going so far as to telling production that “it needed to get darker at a point.”

With the support of the film’s director Sam Raimi, as well as its writer Michael Waldron, Benedict Cumberbatch set out to make his more sinister scene rise from the dead and come to life. In what he describes as a “very bizarre and inventive battle” (which we couldn’t agree with more), the star laid the groundwork for Strange to face down the undead version of himself. And as Cumberbatch tells it, even before Raimi was signed on to direct, the actor already had irons in the fire in making the film a darker take on the typical MCU story.

Prior to Raimi’s involvement, Scott Derrickson, who directed the first Doctor Strange movie, was signed on to helm. Horror fans will know Derrickson for making some of the more bone chilling features in the last two decades including Sinister, The Exorcism of Emily Rose, and most recently, The Black Phone. Benedict Cumberbatch reveals that when Derrickson approached him with the idea of there being multiple Stranges in the sequel, the wheels began turning for the actor on what was possible for the franchise’s future.

A box office hit, Doctor Strange in the Multiverse of Madness saw Benedict Cumberbatch’s titular Time Lord attempting to keep newcomer America Chavez (Xochitl Gomez) safe from an unknown presence that was hunting her for her ability to zap herself across an infinite number of multiverses. When they realize that Wanda aka Scarlet Witch (Elizabeth Olsen) is responsible for the chaos, the one-time Avengers come to blows with one another. The feature really hit MCU’s delve into the world of multiverses on the head, opening up what could be possible for the various franchises in the future.

Benedict Cumberbatch and the rest of the team released the film to overwhelming positive reviews from fans and critics alike. Between Multiverse of Madness and Spider-Man: No Way Home, Marvel has been coming forward with a new lineup of features that give a darker edge to their universe, something that’s oddly refreshing for its audiences. Hopefully in the future, we can expect more films like these two to come our way. 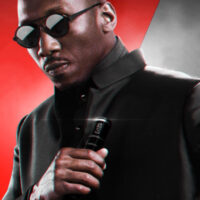