By Ross Bonaime | 6 days ago

Considering the rumors that have been coming out about Benedict Cumberbatch’s return as Doctor Strange in Doctor Strange and the Multiverse of Madness, the only sure thing is that this movie is likely going to be weird. Doctor Strange already introduced mysticism, magic, and time travel in a major way to the Marvel Cinematic Universe, and as the name implies, this sequel will also focus largely on multiple universes. But if a new rumor is to believed, Doctor Strange might also be fighting werewolves and vampires in this sequel.

This rumor comes from Daniel Richtman, via his Patreon page, which says simply that Benedict Cumberbatch’s Doctor Strange will fight werewolves and vampires. While Richtman doesn’t give any idea where he heard this information, this gossip does make some sense, given the direction the series seems to be heading in.

Back when Doctor Strange director Scott Derrickson was still working on the sequel, he called Doctor Strange in the Multiverse of Madness the first horror film in the Marvel Cinematic Universe. While Derrickson left the project due to creative differences, it still seems like the direction of the film is to make this a horror film, since Derrickson was replaced by The Evil Dead and Spider-Man director Sam Raimi. At this point, it seems as though Doctor Strange and the Multiverse of Madness is on track to make Benedict Cumberbatch the Marvel Cinematic Universe’s first horror star.

Before leaving, Scott Derrickson also mentioned that he would like to make the character of Nightmare a central part of the next Doctor Strange film. Derrickson said that he liked the idea of exploring the Nightmare Realm, although again, it’s not clear if Nightmare is planned to appear in the sequel, or if Sam Raimi has a new vision for this next film. Nightmare appeared in the debut Doctor Strange comic, a ruler who rules the Dream Dimension, which is where humans go when they sleep, who rides a horned horse named Dreamstalker. If Benedict Cumberbatch’s Doctor Strange does take us to the land of dreams and nightmares, it makes sense that we might see werewolves and vampires there.

But the mention of vampires does make it seem extremely likely that we might see the introduction of Blade, as played by Mahershala Ali. There have been rumors that Doctor Strange and the Multiverse of Madness might see the reveal of possibly the Fantastic Four or X-Men into the Marvel Cinematic Universe – and while that still might be the case – vampires does imply the inclusion of Blade as well. While there isn’t a release date yet for Ali’s Blade, Kevin Feige has said it will be a part of Phase Five. At the very least, it would be cool to get a glimpse of Ali as Blade before his eventual film, and especially great to see him fighting alongside Benedict Cumberbatch’s Doctor Strange.

At this point, it seems as though everything is on the table when it comes to Doctor Strange in the Multiverse of Madness. While there has been no announcement of Nightmare or Blade making an appearance in this sequel, we do know that the film will feature the return of Doctor Strange cast members Benedict Cumberbatch, Benedict Wong, Rachel McAdams, and Chiwetel Ejiofor, and the debut of Xochitl Gomez as America Chavez, and Elizabeth Olsen’s return as Wanda Maximoff. But we will have to wait to see who Doctor Strange ends up fighting, as Doctor Strange in the Multiverse of Madness comes out on March 25, 2022. 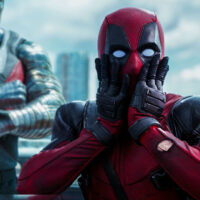