A Buried Ben Stiller Movie Is Taking Off On Free Streaming

A little-seen Ben Stiller movie is now available streaming for free on IMDB TV. That film, The Watch, was a box office bomb on its release in 2012. But a decade later, it seems primed to make a comeback as a cult film. Certainly, with a premise that involves Stiller, Vince Vaughn, Jonah Hill, and Richard Ayoade as a volunteer neighborhood watch fighting off an alien invasion, it has the raw material for it. For reasons well beyond the control of anyone involved, it quickly got swept under the rug and mostly forgotten. But let’s get into that.

In The Watch, Ben Stiller plays a friendly CostCo manager and family man who gets a shock when a friend and coworker is mysteriously murdered. He recruits the aforementioned Vaughn, Hill, and Ayoade to form a neighborhood watch, hoping to find the killer. As can be expected, they are a bit wacky: Vaughn is obsessed with protecting his teen daughter, Hill wants to be a cop but can’t pass the tests and Ayoade is…Richard Ayoade. Long story short, their neighborhood is being invaded by gross-looking aliens, no one believes them and this rag-tag group of weirdos have to save the day. So far, so good.

And honestly, it feels like it should have been a success. Each of the primary cast was a well-established comedy star. Ben Stiller was part of a comedy dynasty that included George Constanza’s father and had hit films like Zoolander, Night at the Museum and There’s Something About Mary. Vaughn had broken through in the indie film Swingers, and charmed America with sleazy, motor-mouthed charm. Richard Ayoade was a darling of British comedy, particularly with the hit sitcom The IT Crowd. And some people like Jonah Hill in things. The film was originally developed by director/producer Shawn Levy as a kind of PG-13 Ghostbusters, and then Seth Rogen and Evan Goldberg were brought in to punch up the script into a hard-R comedy. Material for 2012 comedic success.

Then, in February of 2012, a neighborhood watch volunteer captain named George Zimmerman shot a teenager named Trayvon Martin to death. The violent tragedy became national news and sparked heated cultural debate. Suddenly, The Watch’s marketing campaign involving a heroic neighborhood watch seemed in bad taste, to say the least. In particular, a moment in the trailer where Jonah Hill mimes shooting teenagers with his hand was suddenly horrific. The movie bombed at the box off and received horrible reviews. It still stands at a dismal 16% at Rotten Tomatoes. Ben Stiller deserved better.

After all, this was not the first time Ben Stiller had been the linchpin of a group of motley heroes. His movie Mystery Men became a cult hit after bombing at the box office, though that one had the benefit of Tom Waits being a gravelly inventor of non-lethal weapons and Greg Kinnear as the smarmiest Superman knock-off ever. And it has not seemed to put off Stiller from science fiction. His upcoming series Severance stars Adam Scott and seems to be a high concept, mysterious version of Office Space. In truth, Stiller’s weirdest projects have rarely gotten their due. As with the previously mentioned Mystery Men, he has often been an integral part of weird, dark movies like The Cable Guy and Permanent Midnight.

As an actor, Ben Stiller has had his biggest successes with goofy comedies like Night at the Museum and Dodgeball (also starring Vince Vaughn, naturally). But as a director, his finest work has always had a grim, dark edge even when it is funny. One of the most lasting films of Generation X, Reality Bites was directed by him. So was the show business satire Tropic Thunder, which, yes, had a dancing Tom Cruise in a weird fat suit. But it also had Stiller picking up the severed head of Steve Coogan after he’s been blown up by a landmine and making fun of it. The man gets weird.

But sadly, his presence was not enough to help The Watch on its release. Now that it is streaming for free, maybe Ben Stiller and the rest will get another shot with this one. Sometimes all it takes is for time to go by for a strange film to be reappraised, and movies like The World’s End have shown us there’s room for a science fiction alien invasion in a small-town comedy. Let’s give it a shot. 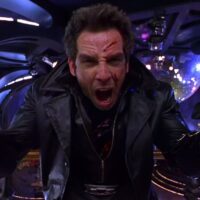 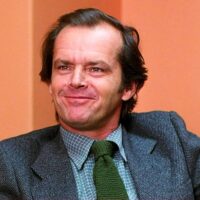 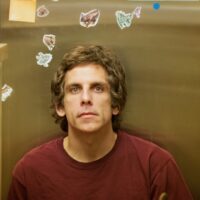 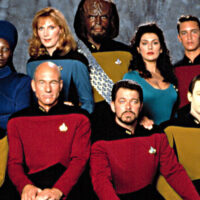 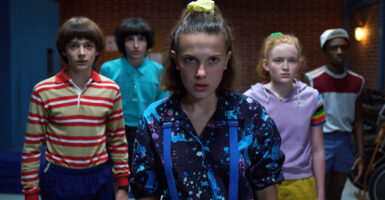