Justin Long said that Vince Vaughn has an idea for a Dodgeball sequel, but they would need to convince Ben Stiller to actually take part.

With the way content is rolling these days, especially when it comes to streaming options and money being thrown all over the place, it’s no surprise that movies and series of the past are getting sequels or reboots. It will likely continue to be the case for some time and one of them could be a Ben Stiller flick that was among the funniest for the actor. According to ComicBook.com, Dodgeball 2 might be on the way from the original stars. It’s a bold strategy Cotton, let’s see if it pays off for them.

The part of the ComicBook exclusive came from Justin Long who was discussing how he’d talked to Dodgeball star Vince Vaughn about the possibility of a sequel. According to Long, Vaughn has actually specific ideas for a Dodgeball 2 though it wasn’t clear if the latter had actually talked to Ben Stiller about the possibility. Clearly, all of the main players from the original movie would need to be on board for another run through this universe, but with enough momentum, it clearly could happen.

Justin Long did go on to say that while he would be interested in a Dodgeball 2, even while Vince Vaughn has been mulling over ideas, it might be Ben Stiller who could stand in the way of it, proverbially speaking. Long said that he’d spoken with Stiller in the past about the idea, but the latter was cautious about going back to a story and movie that had such a positive fan reaction the first time around.

And it’s clearly stuck around in the zeitgeist throughout the years as well. There could be a feeling of not wanting to do something just to do it. Check out part of what Justin Long had to say about Ben Stiller and the possibility of getting a Dodgeball 2.

… Vince had been telling me that he has this great idea for a sequel. I don’t know if he had yet pitched it to Ben, but I kind of set up the pitch… I would love to do it and I hope that it ends up happening, but…he’s (Stiller) a little trepidatious about doing a sequel to something so beloved, something that people enjoy so much that….I’m just hoping Vince can convince him with his idea. It’s a funny idea, I don’t wanna say what it is…

Dodgeball: A True Underdog Story came out in 2004 and starred Vince Vaughn as Pete LaFleur, a dive gym owner who is trying to avoid losing the business to Ben Stiller’s White Goodman, a comically evil rival from across the street. They enter into a dodgeball tournament with a $50,000 top prize to the winner. And from there, comedy ensues.

Ben Stiller, Vince Vaughn, Justin Long and company had a huge hit with Dodgeball which was directed by Rawson Marshall Thurber. The movie took in $168 million at the box office on its $20 million budget and sparked a slew of quotes that haven’t lived on to this day.

While it’s unlikely to happen if Ben Stiller (or anyone else involved with the original) isn’t fully on board, but getting a Dodgeball 2 could have real financial and comedic upside if done correctly. And when it comes to the money being thrown around by the different streamers and studios, it wouldn’t be shocking to see the bank opened up for this potential movie.

Stay tuned if this latest admission by Justin Long sparks renewed interest in a Dodgeball 2 to the point where Vince Vaughn and Ben Stiller make it happen. 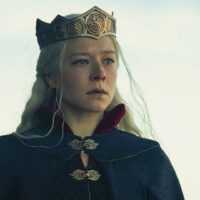 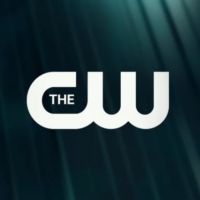 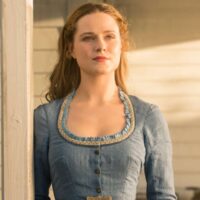 Westworld Fans Are Attempting To Save The Series