The story of Ben Affleck as Batman is a long and complicated one. When Warner Bros. first announced that Affleck would be portraying the Caped Crusader all the way back in 2013, the fan backlash was swift and brutal. He persevered through the early days of the Zack Snyder-led DCEU, even though he would later describe it as “the worst experience.” Ben Affleck will be returning one last time to portray Batman in the upcoming Flash movie (if it ever actually gets released), and then he should be done. Except that our trusted and proven sources have told us that Ben Affleck has been offered a staggering $30 million payday to come back to the DCEU as Batman and lead an adaptation of Crisis on Infinite Earths. But will he?

From what we are told, the decision is Ben Affleck’s to make. Being Batman appears to have been a soul-sucking battle for the co-writer of Good Will Hunting/star of Reindeer Games/ bad guy from Mallrats. Not only that, but the DCEU already has two other Batmen (Batmans?) at present, with Michael Keaton also appearing in The Flash (as well as Batgirl) and Robert Pattinson playing the goth Bruce Wayne in Matt Reeves’ film. On the other hand, $30 million is a lot of money, which could be enough to make Ben Affleck think twice about Batman.

There is also some precedent for Ben Affleck returning as Batman. When he took up the role in Batman v Superman: Dawn of Justice, it was after he famously said he would never play a superhero after the disastrous experience of Daredevil in 2003. Apparently, the truckload of cash that Warner Bros had couriered to him (which is how we picture it) then was enough, so maybe this one will be now.

It also might help the chances of Ben Affleck coming back as Batman to potentially make him the lead of the single biggest crossover event in DC Comics history. The original comic book crossover event Crisis on Infinite Earths began in 1985 and is still considered a high watermark for what has now become an annual tradition for both DC and Marvel Comics. Much like the competing Marvel Cinematic Universe, the DCEU is currently building its storylines around a multiverse concept, which would logically ramp up to a Crisis-style event.

That alone would be pretty tempting even for a multiple-Academy Award-winning megastar like Ben Affleck to suit up as Batman again. The $30 million would presumably also help. That would make Affleck one of the highest-paid actors in history, even if it were likely spread across several DCEU appearances.

Reportedly, Ben Affleck is currently set to finish out his Batman run in a post-credits scene in The Flash. However, we are told the deal would involve simply cutting that scene out of the movie, ensuring that Affleck could continue to lead the DCEU into its next big thing. We will just have to wait and see if Ben Affleck can be tempted back. 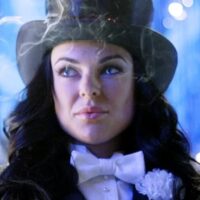