The movie theater scene, especially around box office performance continues to be a shifting landscape. With theaters reopening, some flicks have seen massive performance in ticket sales. But not all, and it’s made for a situation in which studios are making decisions on the fly about their films. One example of this is with Ben Affleck and Ana de Armas’s upcoming film Deep Water which was originally supposed to hit screens on January 14, 2022. But according to Deadline, this is about to change. Now the decision has been made for the film to actually just head straight to streaming. It’s just another example of production companies and distributors having to make tough decisions about their movies.

The new plan for this Ben Affleck flick is to have it hit Hulu on streaming sometime next year. Disney was already on point for the distribution of the film so pivoting it to Hulu at least makes sense from an ownership umbrella perspective. Considering the adult nature of the plot, Disney+ wasn’t going to be an option, but Hulu is where the Mouse House has directed its other titles when need be. And according to Deadline’s reporting, Amazon will have the rights to overseas streaming. This is the studio’s version of calling the ball on a movie they clearly didn’t think had hope for a strong box office showing.

Deep Water has been long-delayed as it is with the original plan for Ben Affleck and Ana de Armas to release on November 20th of 2020. But in the midst of the pandemic and with theaters nowhere close to full capacity, they, like most every other studio decided to shelve it pushing it to August 2021 and then to the 2022 date. But citing the box office performance (or lack thereof) of non-tentpole productions even during this present-day situation, the decision was made for it to hit streaming sooner than later. Frankly, this could be the new world order when it comes to mid-level films, even those that have stars like Ben Affleck attached.

Deep Water is based on the novel by Patricia Highsmith and follows Ben Affleck and Ana de Armas’s characters who are married but are clearly on the rocks. Rather than just going their separate ways, they enter into a precarious relationship filled with deceit, extra-marital affairs, psychological gymnastics, and ultimately, murder. I guess that’s easier than just splitting the house and dog and calling it a day. Other notables in the cast include Finn Wittrock, Jennifer Connolly, Tracy Letts, and Rachel Blanchard.

And from the erotic-thriller perspective, Ben Affleck and Ana de Armas are in moderately good hands here with Adrian Lynne in the director’s chair. Though it’s been a while, he’s got Unfaithful, 9 ½ Weeks, Indecent Proposal, and Fatal Attraction on his resume. That’s a pretty epic run even if it dates back more than a couple of decades. I suppose the “good” news is that in terms of accessibility around the movie, it will now be a bit easier for folks to see Deep Water, assuming they have Hulu. 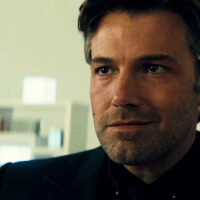 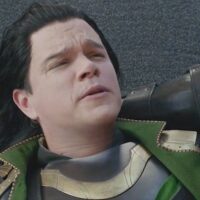 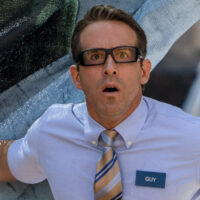