Following a series of statements on Instagram accusing Warner Bros. and CW of terrible work conditions that would even make Activision Blizzard blush, actress Ruby Rose found herself at the center of several complaints regarding her own workplace behavior. According to some of her Batwoman co-stars and production assistants, Ruby’s behavior was cruel and often tyrannical.

Following Ruby Rose’s statements exposing the supposedly horrific workplace conditions she had to endure on the set of Batwoman, a production assistant on the series — Alexandar J. Baxter — offered his insights. According to an article published by The Direct, Baxter described Rose’s own alleged appalling behavior on the production, revealing various details of her supposedly poor treatment of her colleagues. According to Baxter, Ruby treated the crew, and those below the line (referring to positions responsible for day-to-day work of filmmaking), as if they were beneath her.

Additionally, Baxter’s statement goes on to address the former Batwoman lead as a “dictator to work for” that made demands that have left the entire production crew, at least those “below the line,” exhausted both emotionally and physically. Finally, the production assistant concluded his statement touching upon Ruby’s accusations towards Warner Bros. and the CW. Baxter expressed the opinion that Rose doesn’t the right to badmouth a company that she allegedly tried to swindle and exploit – though his exact words weren’t quite so polite.

This puts an entirely new perspective on previous stories regarding Ruby Rose’s departure from the show. It was previously thought that Rose left the show after she herniated two discs doing on-set stunts in 2019, which prompted her to undergo spinal surgery in September that year. Now, a whole year after she left Batwoman, Rose revealed that her spinal injury was only one of the factors that influenced her departure, listing sexual harassment, verbal and physical abuse, and gross negligence of mental and physical health of the cast and crew by the company, as the rest. You can see her statements below:

Warner Bros. immediately fired back at the actress, claiming that they decided not to exercise its option to engage Ruby Rose for the second season of Batwoman, based on multiple complaints about her workplace behavior. The company’s statement also says that those complaints have been extensively reviewed and handled privately out of respect for all concerned. Given that Ruby apparently threw the first punch, at least until new information points otherwise, WB decided the gloves were off.

Admittedly, Warner Bros. has gone under fire before for its history of misconduct similar to that Rose described in her statements. It’s worth noting that some of the names involved in this entire unpleasantry have denied Ruby’s horrific allegations outside of Warner Bros.’s statement, but that was to be expected. But what came as a surprise was the fact that those who weren’t on the receiving end of Ruby Rose’s accusations have actually sided with Warner Bros., vaguely corroborating Alexandar J. Baxter’s description of Rose’s behavior on set as cruel and tyrannical. 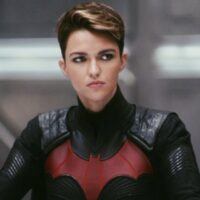