Ruby Rose, the former Batwoman star, was hospitalized yesterday (July 27). The actress spoke about her experience on her Instagram story, revealing that she was rejected by multiple hospitals while trying to enter an emergency room. The previous Batwoman actress did not go into details about why she had to search for a hospital. What was mentioned was a complication from a previous procedure. She called an ambulance when realizing her situation was serious, but due to the high capacity of people being admitted as COVID-19 cases spike, it was hard for her to find somewhere that would accept her. Even when a hospital finally let her in as a patient, she said it was not easy as they were in “a bit of a standoff.”

For anyone, it can be hard to get into a hospital for any medical emergency. With people who are not vaccinated and getting sick, it is creating mutations for the coronavirus, and the Delta variant is posing an issue. According to the Centers for Disease Control, the new variation is the most common form right now. Most recently, it has been reported that there is a 14-day average of 6,973 new cases. With that, it is making it hard for people with non-COVID-19 related issues to find medical help, which is what happened for the former Batwoman and Orange Is the New Black star.

Ruby Rose has a wide range in her career history. The 35-year-old is a model, DJ, and actress. She came to popularity as a host for MTV Australia. Her acting launched from her brief stint in the Netflix prison drama Orange Is the New Black. She was Batwoman in the show of the same name but recently revealed the reason that she left was due to the previously mentioned surgery she had experienced without much time to recover. Plus, there are other challenges of leading a series, especially something as physical as a superhero TV show. She was later replaced by Javicia Leslie (God Friended Me).

Since her departure from Batwoman, the Australian actress has gone off to do other projects. Last year, she was in the action movie The Doorman with Jean Reno (Da 5 Bloods) and Aksel Hennie (Cloverfield Paradox). This year she starred in SAS: Red Notice with co-stars Sam Heughan (Outlander) and Andy Serkis (The Lord of the Rings) and Vanquish with Morgan Freeman (Million Dollar Baby).

For the foreseeable future, Ruby Rose has plenty of jobs coming up for the big screen. She will be in The Yacht with Frank Grillo (Captain America: The Winter Soldier). Continuing with something thrilling like in Batwoman, John Wick Chapter 3, and the films she has more recently come out in will be The Legitimate Wiseguy with director George Gallo of the aforementioned Vanquish. Breaking up the action will be the comedy 1UP.

Batwoman season 3 is currently in the works. Details are sparse, but we know new regulars will enter the series. First with Nick Creegan (Law & Order: Organized Crime) joining the cast as Marquis Jet and secondly with Victoria Cartagena (You) as Renee Montoya. 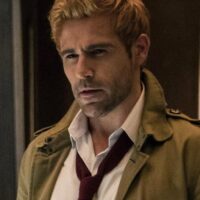