By Annie Banks | 2 days ago

Moviegoers are eager to make their way back to cinemas. The international love for watching movies at the theater has returned. The long-awaited revival of in-person experiences has become a recelebrated global event as the box office boom strikes again. Film festivals have returned, and theaters have set aim for earning most of their revenue through face-to-face sales. While Americans have flocked back to the movies, other nationals around the world have done the same boosting ticket sales tremendously. In China, Battle at Lake Changjin has soared past an incredible earning milestone of $600 million, and it marches forward to become one of the highest-grossing films of the year.

Battle at Lake Changjin has only been on the Chinese big screens for a week and a half, but this war epic continues to successfully pocket multimillions. According to Artisan Gateway and The Hollywood Reporter, Battle at Lake Changjin has made $633.2 million. Maoyan, an online ticketing vendor, predicts that the movie will gross at least  $830 million (RMB 5.34 billion). With the projected total in mind, Battle of Lake Changjin will surpass the Lunar New Year comedy Hi, Mom  ($821 million) and is predicted to claim the title as the world’s highest-grossing blockbuster in 2021.

The Chinese film hails from a trio of A-List directors: Chen Kaige, Hark Tsui, and Dante Lam. Battle at Lake Changjin prides itself as China’s most expensive film that the country has ever produced with a budget that exceeds $200 million. Battle at Lake Changjin glorifies the sacrifice and acts of heroism that were made by Chinese troops against the United States during the events of the Korean War. In China, this war was otherwise known as the War to Resist U.S. Aggression and Aid Korea. The film keeps up with the ongoing theme of nationalism often found within other pieces of Chinese cinema.

The financial success around Battle at Lake Changjin follows the increased concerns around the Chinese box office and its diminished earnings. The Hollywood Reporter reflected on the worrying financial decline of earnings at Chinese theaters and the response to American films being screened at Chinese cinemas. Imported movies from the United States earned a mere $700 million in total as of July 31, 2021, and 66% of sales went down in comparison to previous pre-COVID-19 sales. There has also been action taken against certain types of actors earning roles in Chinese movies due to particular behaviors exhibited by those who are “overly entertaining.” Restrictions on Chinese entertainment will include rules to maintain “traditional Chinese culture, revolution culture, and socialist culture” and to stop the “pollution of the social atmosphere.”

Since the release of Battle of Lake Changjin took hold of Chinese theaters, there have been efforts to promote the guidelines for entertainment media enforced by the censorship that has swept China while replenishing the earnings lost at the movies. For Chinese cinemas, this new movie is proving that their ideals can be financially successful.

Even international films that pertain to Chinese culture or are driven by Chinese actors have fallen under siege, and opinions on China’s communist government are subject to nationwide punishment. Shang-Chi and the Legend of the Ten Rings star Simu Liu is facing backlash in China after revealing that his parents would share stories of the poverty, starvation, death, and squalor that they witnessed while living under government rule. The actor largely grew up in Canada but was made aware of these conditions through his family. Battle of Lake Changjin focuses on Chinese victory instead of Chinese defeat. 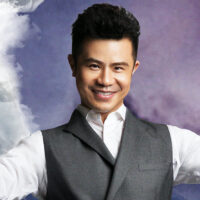