Why Batman Forever Is Not As Bad As You Remember

Batman Forever is a perfect combination of campy and dark tones that makes it not as terrible as people remember.

“Oh, no! It’s boiling acid!” Despite the colorful nature of Joel Schumacher’s directorial stylings, Batman Forever is not as bad as you remember. In fact, we would argue that the Val Kilmer-lead feature is somewhere close to as good as the Christopher Nolan trilogy. Think about it, Batman Forever has the near-perfect combination of the campy 1960s Batman, mixed with the more realistic trauma that Bruce Wayne felt from losing his parents.

Val Kilmer portrayed the haunted version of Bruce Wayne better than anybody. He would often have his fever dreams that were enacted by the simplest of triggers. When Dick Grayson loses his parents to Two-Face, it sends Wayne into a vision of how he was put in the same exact situation when his parents were murdered. Though we know this person to be Joe Chill in the comics, he is an unnamed assailant in the film.

The Batman movies up until that point had been going through many of his Rogue’s Gallery, though Batman Forever was the first to showcase a villainous team-up to the world. Sure, one could argue that Catwoman and Penguin were teaming up to take down Batman in Batman Returns, but that was certainly not the case. The Riddler and Two-Face certainly did pair up to attempt to take down The Caped Crusader.

Everyone knocks Tommy Lee Jones and Jim Carrey for their flamboyant portrayal of Two-Face and The Riddler, but when looking closer, both were far more brutal than they are given credit for. Jones’s version of Two-Face was killing people without feeling an ounce of regret about it. Though he failed to kill Batman at the film’s beginning, he slaughtered the entire Grayson family, apart from Dick, without even second-guessing his own morality.

The same can be said for Carrey’s Riddler, who murdered his boss at the drop of a hat in Batman Forever. Though Schumacher added a bit more flair to Edward Nygma’s kill, it was still quite brutal. He dropped his boss into the abyss of what we would assume is a water-controlled dam and turbine mechanism.

Everyone knows that the Nolan trilogy featured brutal villains that included Ras Al Ghul, Joker, and Bane. All three had some heavy body counts, but that was also enacted in Batman Forever. Two-Face was arguably as bloodthirsty as Bane was, only his kills featured some far better one-liners.

If the idea is to show that Batman must stop his villains at all costs, or Gotham is going to be riddled (pun intended) with deaths, then Batman Forever was on point with showcasing that fact. Riddler was also trying to brainwash the entire city, so he gets points for being the more twisted and bombastic villain in that regard.

Batman Forever also focused more on Batman’s gadgetry, which certainly deserves more recognition. Batman was known for his famous utility belt, though it was not nearly as used cleverly in the former films. The Val Kilmer Batman used a hearing aid to open a safe, he had a gadget that could torch a chain and the many vehicles that helped him to thwart the plans of the Riddler, making him one of the most resourceful of the Batmen.

Batman Forever was a shining example of perfectly combining the campy Batman of the 1960s and bringing in a more serious tone that has been appreciated by many fans, despite how Joel Schumacher created the world of Gotham to be drowned in neon coloring. Plus, the soundtrack will forever be one of the best in cinema, as “Kiss from a Rose” will go down as one of the best theme songs for a film.

Batman Forever needs another look, especially for those who have appreciated the more serious Nolan style or the noir elements of the Matt Reeves universe. Schumacher allowed for both the colorful and dark elements of Batman to coexist in a movie that is endlessly entertaining. If nothing else is appreciated, then fall back into the epic one-liners in the film, and always remember: “Surf’s up, Big Kahuna!” 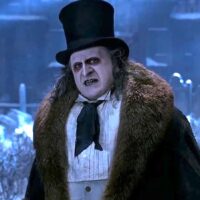 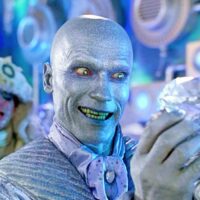