Chip ‘n Dale: Rescue Rangers has a strong nostalgic pull for viewers of a certain age when after-school TV meant a healthy dose of cartoons about rodent adventurers overtly patterned on Indiana Jones and Magnum P.I., a wealthy duck forcing his nephews into labor, an island of anthropomorphic animals that seemed to have based their lives on Casablanca, and of course, Darkwing Duck. The reboot of Chip ‘n Dale: Rescue Rangers as a Disney+ animated feature film was probably an inevitability as Disney combs through its accumulated decades of intellectual property, but few could expect the movie to include Batman. And not just any Batman of the many iterations of Batman, but Batman as portrayed by Ben Affleck in the Zack Snyder-directed DCEU films. Let’s try to work out how this could have happened.

The new Chip ‘n Dale: Rescue Rangers movie is set in a continuity where the beloved 1980s show was the creation of two actual chipmunks named Chip and Dale. However, as often happens with show business friendships, the two drifted apart after the cancellation of their shows into their own respective forms of quiet desperation. Then Batman shows up. Check it out:

So, apparently in this world, comic book movies have gotten to the point where Batman is now facing off against E.T. It actually a pretty decent reference to the entire fulcrum of 2016’s Batman v Superman: Dawn of Justice being Ben Affleck’s version of the Caped Crusader being a literal xenophobe and wanting to fight Superman (who is technically also an extraterrestrial). We also get another clip of Chip and a live-action dog watching the movie, in which a fabulously wrinkled E.T. has some kind words for the looming silhouette of Batman. While there is not a lot of detail to specify that it is famous Massachuessetian Ben Affleck under there, the glowing blue eyes and blunt ears all but confirm it.

While these small scenes do not technically make Chip ‘n Dale: Rescue Rangers a Batman movie, we are going to go ahead and say that E.T. vs Batman is now as much a part of DC Comics continuity as Batman vs the Predator or Batman vs the Teenage Mutant Ninja Turtles. There is a long tradition in comic books of combining the most mismatched pairs of characters and just kind of going with it (which is how we got Archie Meets The Punisher), so if anything, this is very faithful to Batman canon.

Chip ‘n Dale: Rescue Rangers features the voice talents of John Mulaney as Chip and Andy Samberg as Dale. The movie is actually a co-production between Walt Disney Studios, Mandeville Films, and Samberg’s own Lonely Island. It was also directed by fellow Lonely Island member Akiva Schaffer. Reportedly, the movie includes a dizzying array of unexpected cameos from animation history, making it something akin to a modern-day Who Framed Roger Rabbit, except that movie did not have Batman. So maybe it could be even better. 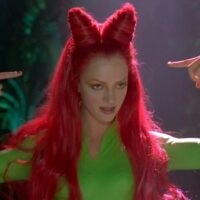 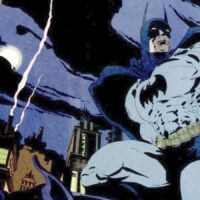